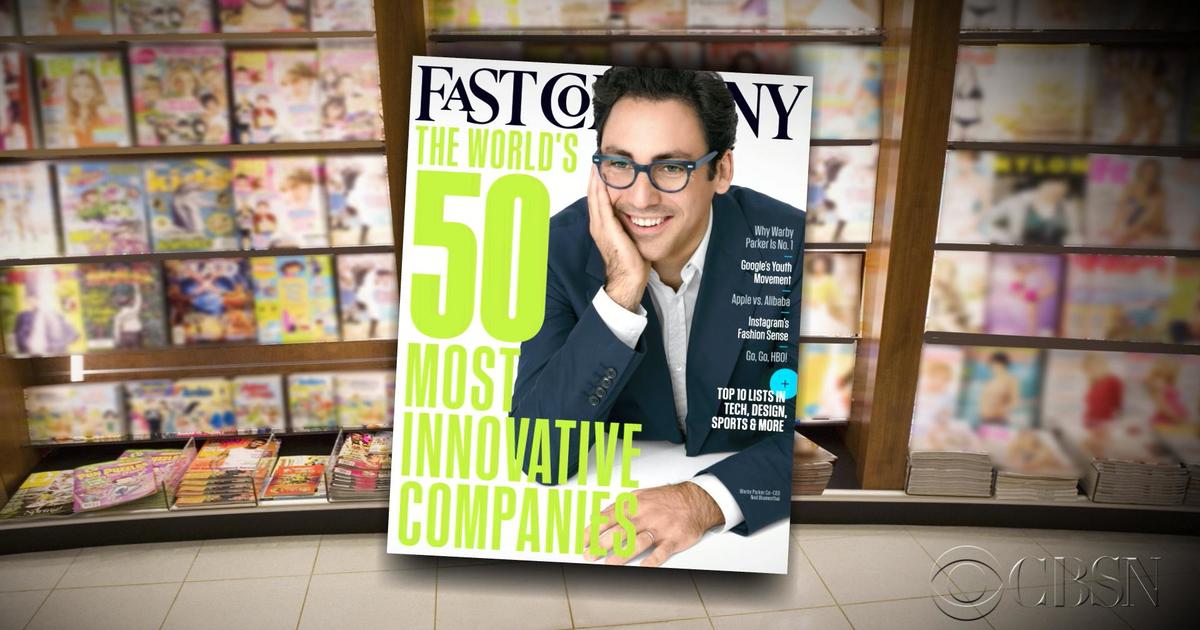 Fast Company magazine released its annual list of the top innovative companies in the world, and Warby Parker is this year’s top pick. The eyewear designer beat out brands like Apple, Google, and Instagram for the spot.

Fast Company’s editor and managing director Robert Safian explained to CBSN that these lists are based off analysis from months of interviews with companies all over the world. So what is it about Warby Parker?

Safian says the company stand out because they have built a brand based on the Internet, and not just for products but for promotion as well.

“They represent a business that was made by millennials for millennials, that is catching on beyond just that group,” Safian said. And perhaps most importantly, they are challenging the existing business model for eyewear.

Another quality putting them ahead of the game is their flexibility when it comes to running their business. They gained popularity by their unique online-only business strategy, but are now launching some physical stores to satisfy customer demand.

“Our original business plan was ‘Internet, Internet, Internet,'” co-CEO Neil Blumenthal said Monday on “CBS This Morning.” “We were building this brand and to some extent, you have to be experience-focused and medium agnostic.”

The company is already considering other futuristic developments in eye care, including eye exams done by phone, so customers won’t have to visit a doctor to update prescriptions.

“Amazon had a difficult year with the Fire, their phone that they had to write off $170 million for, and that sort of dissuaded us from keeping them on the list this year. And Twitter really has had a difficult year trying to find its footing since it’s become a public company,” Safian said. “We hope both of them rebound strongly, and we watch them and cover them closely, but for this time, Instagram seemed like a company that deserved more attention … [the company] has continued to grow tremendously, aggressive pace.”

Visit FastCompany.com for the full list of the most innovative companies.