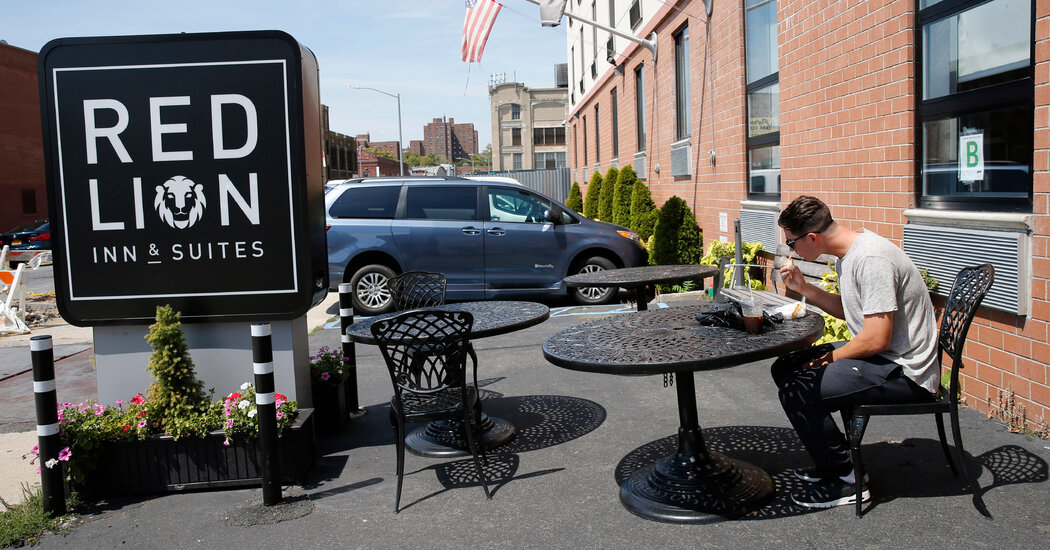 For many years, one of the biggest concerns of minor league baseball players was where they would live. Often paid below minimum wage, they frequently jammed several beds into one apartment. Some would sign leases in one minor league city only to be stuck with those obligations when they got sent to another level of the minors.

Over the past few years, minor league players and advocacy groups have been more public about their plight. On Thursday, Major League Baseball, which took over running Minor League Baseball this year, announced that the owners of its 30 big-league clubs had agreed to furnish the housing for an estimated 90 percent of minor league players beginning with the 2022 season.

The exceptions will be the players on major league contracts or the minor leaguers scheduled to earn at least $100,000 over a full season.

“This step forward recognizes that the unprecedented nature of the past two years has further exacerbated affordable housing challenges across the country that existed before the pandemic,” Morgan Sword, M.L.B.’s executive vice president of baseball operations, said in a statement. “The owners are confident that this investment will help ensure that minor league players have every opportunity to achieve their dreams of becoming major leaguers.”

Harry Marino — the executive director of Advocates for Minor Leaguers, a nonprofit founded last year to help serve as a collective voice for minor league players, who are not represented by a union — called the move a “historic victory” for players who “forced the league’s hand by speaking up throughout the 2021 season.”

“Let there be no mistake: This victory is the product of collective action by players,” Marino continued in his statement. “While the magnitude of the victory cannot be overstated, it is important to recognize that minor league players had no formal say regarding the details of the plan, some of which create cause for concern. We look forward to receiving a full round of feedback about the new policy and to advocating for changes where appropriate.”

According to M.L.B.’s announcement, the major league clubs will be responsible for providing the housing for the applicable players playing or practicing at every level of the minors or assigned to spring training complexes. The accommodations will have to be within a “reasonable, commutable distance from the ballpark.”

They must also be furnished, and the major league clubs will be responsible for basic utility bills, M.L.B. said. Bedrooms must contain a single bed per player and no more than two players per bedroom. When apartments, rental homes or host families aren’t available, clubs must provide hotel rooms that meet the rules. Players can opt out of the team-provided housing if they choose to.

In February, M.L.B. completed a long-anticipated and criticized takeover of the farm system, eliminating 40 minor league affiliates to bring the total to 120, as part of a larger overhaul the league has said it was pursuing to improve player development, cut down on unforgiving travel and upgrade rundown facilities. Sword said owners increased minor league wages by 38 to 72 percent in 2021.

Still, Marino said “most minor leaguers make less than $15,000 per year and will be performing services for their teams from now until April without pay.” Players who did not get large signing bonuses when drafted or signed internationally often have to work second jobs to make ends meet.

“In short,” he said, “housing is just one aspect of M.L.B.’s fundamentally flawed minor league system.”