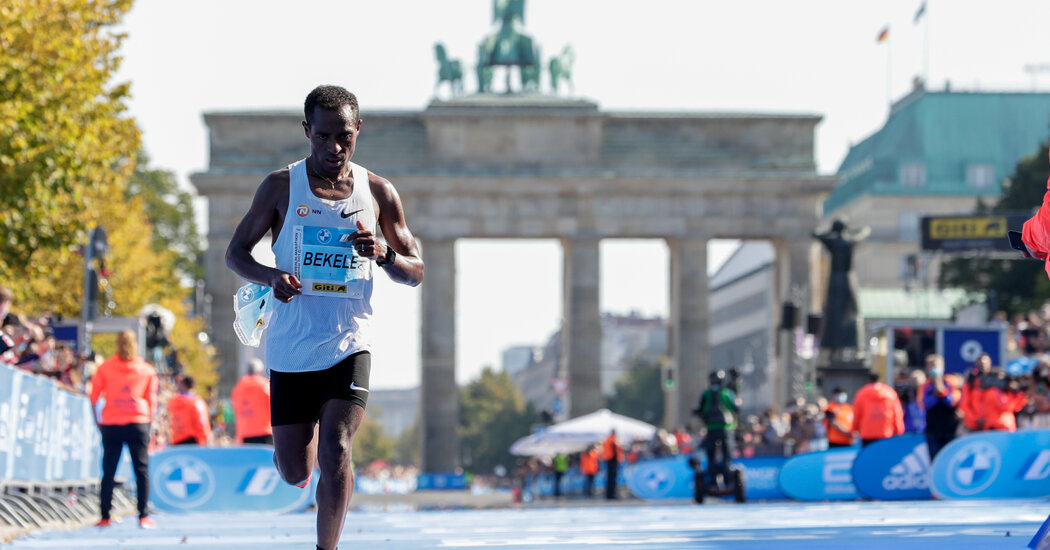 Kenenisa Bekele, arguably the greatest distance runner ever, is not really supposed to be here. In New York. Running another marathon, just six weeks after the last one. Believing he is on the cusp of proving to the world that he is the fastest marathoner alive.

But Thursday afternoon, at 39 years old, Bekele was a short walk across Central Park from the finish line of the New York City Marathon, which he plans on winning sometime a little before noon on Sunday morning.

“I will be in a very good position,” Bekele said of his chances.

Indeed. He is just about the fastest marathoner alive, and so much faster than everyone else in the race, even if this marathon does not necessarily favor the fleetest in the field.

In September, he ran the Berlin Marathon and finished third, in 2:06:47, just 62 seconds behind the winner. He blamed his performance on a bad night of sleep and limited training time because of a case of Covid-19. Regardless, calling it a season would have been perfectly appropriate.

Instead, he kept with his plan to also run New York, a race he has never done before, just six weeks after Berlin. He refuses to accept the idea that runners approaching their 40th birthday are not supposed to even think about winning one of the six world marathon majors. He said he believes he can find those two seconds he left on the course in Berlin in 2019 and break Kipchoge’s world record.

Bekele going faster is a frightening thought for his competition, which speaks about the honor of being on the same starting line with someone many of them idolized growing up, and his enduring speed.

“If he goes out and runs 4:35 miles I’m not going to be seeing him very much,” said Jared Ward, a veteran American marathoner.

Still, in the world of marathon running there is Kipchoge and then there is everyone else. Kipchoge, who speaks in pithy parables, crashed through the two-hour barrier in 2019. He has achieved a mythic status in athletics, the fastest philosopher king in the history of the world.

That run did not count as a world record, however. Its sole goal was to prove that a human could run 26.2 miles in less than two hours. Kipchoge ran a series of loops in what amounts to a time trial on a dead-flat course in Vienna, surrounded by a rotating cast of pacesetters who blocked the wind for him and kept him on track. The world record only counts if it happens in a sanctioned race.

And this is where Bekele is focusing his efforts in the twilight of his career, searching for one last flyer that will give him something Kipchoge does not have.

Jos Hermens, who manages both Bekele and Kipchoge, said Bekele may be a better natural runner than Kipchoge, but Kipchoge has proved he has the stronger mind.

“Kipchoge is Zen, but Bekele is a Ferrari,” Hermens said. “Watch him run downhill Sunday. No one can run like him.”

Bekele and Kipchoge were expected to face off in the Olympic marathon in Japan. However, Bekele became embroiled in a dispute with the Ethiopian Athletics Federation over its qualifying rules. Bekele’s near world record in Berlin should have earned him one of three spots on the team. But after the pandemic delayed the Games, Ethiopian officials decided to hold a 35-kilometer race in May to determine its Olympic team. Bekele did not compete, and officials rejected Bekele’s appeal for an automatic spot on the team. They took three marathoners whose best times were not nearly as fast as Bekele’s. None won a medal.

Without the Olympic marathon, Bekele’s legs had plenty of time to prepare for a busy fall season, and he is putting them to good — and rather remunerative — use.

A star like Bekele commands a six-figure appearance fee to run a major race like the New York City Marathon. He will receive another $100,000 if he wins. The earnings will help Bekele continue to dig out from several troubled real estate investments he made in Ethiopia during the past decade, Hermens said.

Still, winning is hardly guaranteed. The first half of the race is largely flat but as it heads into Manhattan, and especially in the final miles, the rolling terrain allows runners who might not be able to keep up with the fastest racers on a flat course to compete.

Bekele is hardly just a speed machine though. He won 11 cross-country world championships from 2002 to 2008, and knows how to scale a hill, or dodge a pothole or a manhole cover, as the New York course sometimes requires.

And yet 2:01:41 is 2:01:41, an outrageous time that is not in the same universe as the best times for everyone else in the elite men’s field. For Bekele, not winning, even just six weeks removed from his last race, would be stunning.

He rested for one day following the Berlin Marathon, then had a light week of training but was soon back to running 130 miles per week again, knowing what awaited him in New York.

“The marathon is a distance,” he said. “It’s not quite easy.”