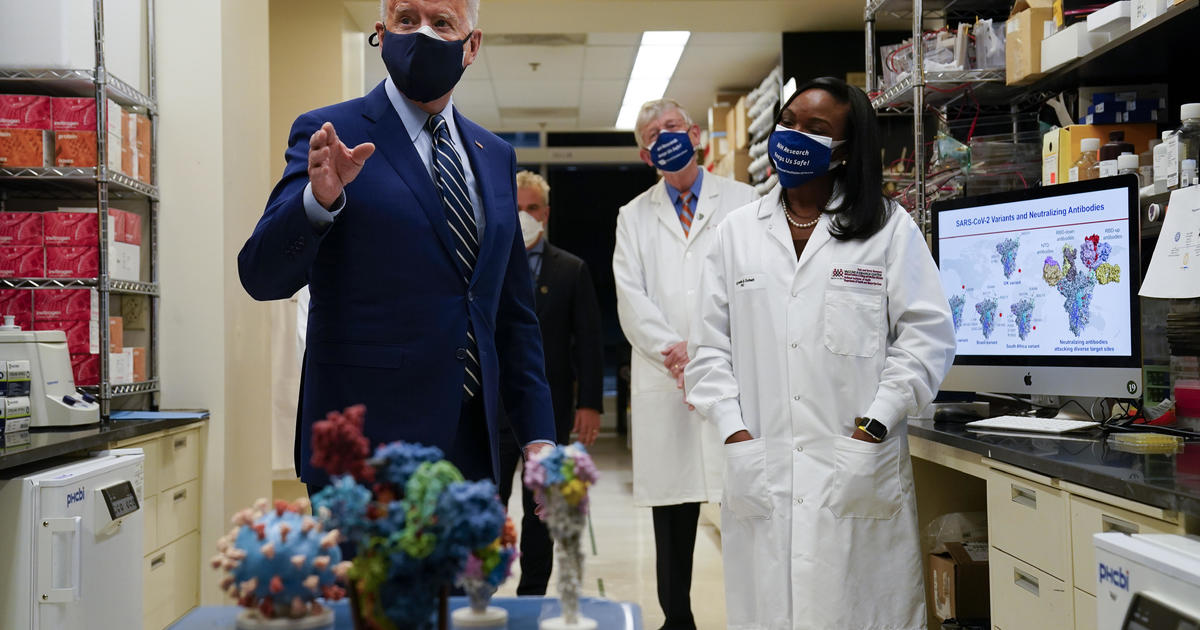 The National Institutes of Health said Monday it has engaged Moderna in “good faith discussions” to resolve a monthslong dispute over the company’s patent application that advocates say could impact global production of the shots.

Moderna is offering to share ownership of its COVID-19 vaccine patent with the U.S. government to resolve the dispute, the vaccine maker said, and would allow the Biden administration to “license the patents as they see fit.”

The company claims it had no choice under the “strict rules” of American patent law to list only its own scientists “as the inventors on these claims.”

But the National Institute of Allergy and Infectious Diseases disagrees.

A spokesperson for the government research arm – housed within the NIH – said that “its own thorough review” had determined that scientists Kizzmekia Corbett, Barney Graham, and John Mascola also deserved to be named as inventors.

“Moderna has made a serious mistake here in not providing the kind of co-inventorship credit to people who played a major role in the development of the vaccine that they are now making a fair amount of money off of,” NIH Director Dr. Francis Collins told Reuters last week.

“Omitting NIH inventors from the principal patent application deprives NIH of a co-ownership interest in that application and the patent that will eventually issue from it,” said an NIAID spokesperson.

Public Citizen, a government watchdog group, penned a letter this month to the NIH urging the agency “to publicly reclaim the foundational role” it played in developing the shots, criticizing a July patent filing by Moderna claiming it had “reached the good-faith determination” that the NIH’s scientists “did not co-invent the mRNAs” in their application.

“The U.S. government has done so much for Moderna and yet asked for so little in return, consistently. There is an urgent need for the U.S. government to reassert more control over how this vaccine is priced and produced,” said Zain Rizvi, Public Citizen’s research director.

The Government Accountability Office recently estimated that the NIH has earned $2 billion in royalties since 1991 over licensing patents for FDA-approved drugs.

Moderna announced this month it had earned $10.7 billion from COVID-19 vaccine sales in 2021 through September. Under the Trump administration early in the pandemic, Operation Warp Speed, the accelerated government effort to develop a COVID-19 vaccine,  pledged to cover up to $483 million of costs to accelerate development and manufacturing of the vaccine.

Beyond the money the federal government could earn from the patent, Rizvi said the Biden administration could leverage a license with co-inventorship to allow developing countries to ramp up production of the shots and prepare for future pandemics without strings attached.

“Moderna says it offered to allow that NIH to be a co-owner on some of the patent applications. But it did not say what it demanded from the NIH, if anything, in return. Was this a unilateral offer?” said Rizvi.

Early in 2020, the NIAID’s Vaccine Research Center helmed by Graham was already working on vaccines for other diseases with Moderna when the agency says its scientists pivoted to ramping up research into a new virus that had been raising alarm overseas.

Having long worked with scientists in a lab led by Jason McLellan at the University of Texas at Austin on research into similar kinds of viruses, the university says the NIH’s scientists were able to accelerate their development of genetic sequences that could be delivered in mRNA vaccines, which train the body to spot and fend off a signature spike protein on SARS-CoV-2.

“The work of Dr. Barney Graham and Kizzmekia Corbett and others stabilized the pre-fusion spike protein which is used in virtually all, with few exceptions, of the vaccines that are now successful,” NIAID Director Dr. Anthony Fauci told a House of Representatives hearing in April.

Corbett, Graham, and McLellan are among the scientists listed on a patent first filed on February 11, 2020 for a COVID-19 vaccine stemming from that work. An NIAID spokesperson said Moderna uses its “stabilized spike protein technology in its vaccine.”

Both Moderna and NIH scientists are also listed together on another patent filing from May of 2020, regarding “methods of use” for mRNA vaccines to address COVID. The NIAID spokesperson described it as a “minor patent application.”

“Virtually everything that comes out of the government’s research labs is a non-exclusive licensing agreement, so that it doesn’t get blocked by any particular company,” Graham told The Financial Times in April, saying the government could “use the leverage of the public funding to solve public health issues.”

Early press releases by Moderna acknowledged the work with Graham’s team, describing their mRNA-1273 vaccine as using a spike protein “designed by Moderna in collaboration with NIAID.”

But Moderna has also sought to separate the development of its vaccine from the NIH’s research, saying that the mRNA sequence in the company’s vaccine “was selected exclusively by Moderna scientists using Moderna’s technology, and without input of NIAID scientists.”

The company says the NIH’s scientists were “not even aware of the mRNA sequence” used in its vaccines until after Moderna had filed its patent request, which dates to as early as late January.

The February filing by the NIH’s scientists was further evidence that “the same thing cannot be claimed to be invented twice by the same people working with two different collaborators,” Moderna said.

“The Moderna team worked in Boston while the NIH team worked outside of D.C. and we then compared notes,” Moderna’s CEO Stéphane Bancel told the “I Am Bio” podcast last year, saying it was “encouraging” that the two groups of scientists “independently came to exactly the same antigen” for the vaccine.

Graham and McLellan both declined to comment for this article.

In an interview published Wednesday by The Grio, Corbett said she had “decided that it is not my place to really say anything.”

“Patent disputes and all of those things, I like to say, I leave it to the institutions and the attorneys to really figure that out. I sleep at night knowing that lives have been saved and knowing that the science that I put blood, sweat, and tons of tears into is saving those lives,” added Corbett.