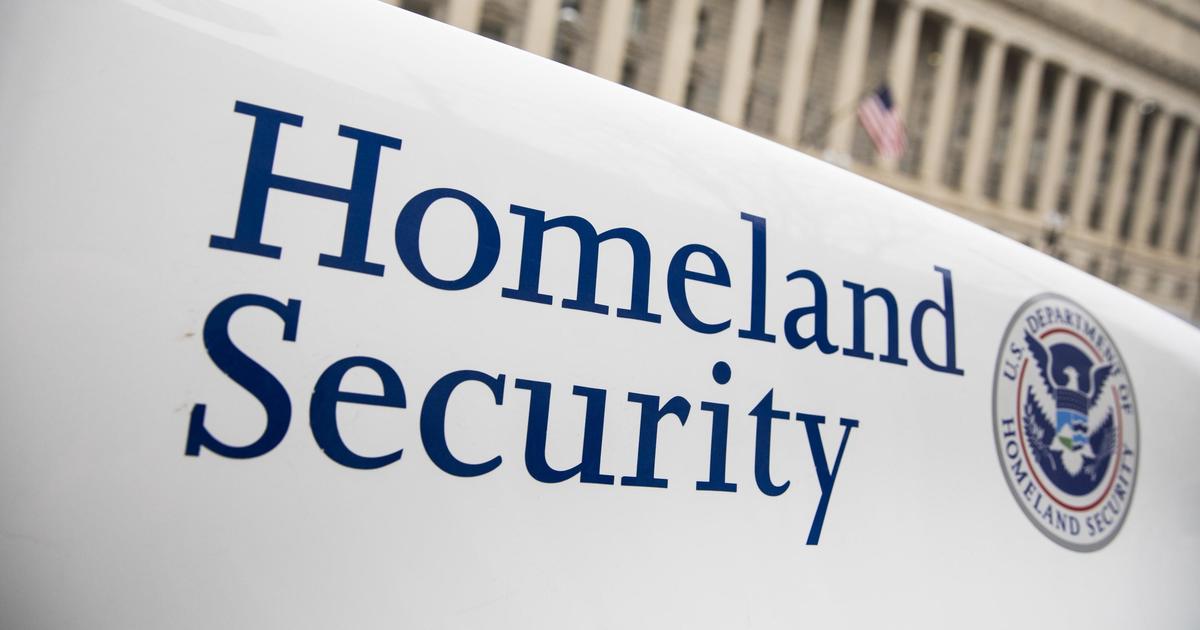 The Department of Homeland Security issued a terrorist bulletin Wednesday, warning that al Qaeda- and ISIS-linked terrorists are ramping up online activity to try to inspire attacks on the U.S. homeland, after the U.S. withdrew from Afghanistan.

“Following the 20th anniversary of the September 11th attacks and the U.S. withdrawal from Afghanistan, violent extremist media branches of al-Qa’ida and its affiliates, as well as the Islamic State of Iraq and as-Sham (ISIS), have celebrated perceived victories over the United States and encouraged the use of violence by their followers and supporters to further their objectives,” the Department of Homeland Security cautioned in its latest National Terrorism Advisory System (NTAS) bulletin.

It went on to say that the foreign terrorist groups “will likely continue to maintain a highly visible online presence in an attempt to inspire U.S.-based individuals to engage in violent activity.”

“The type of content we’re seeing ranges from videos to online magazines,” a senior homeland security official told CBS News. “The videos will very often contain very graphic and violent content, a technique used for years now by the Islamic State- and al Qaeda-related media operations, when seeking to inspire acts of violence.”

“It’s very clear that the theme promoted by media operations [associated with al Qaeda and ISIS] is to conduct attacks in the West. They’re trying to encourage violence by lone wolves,” the official added.

But as of Wednesday, DHS indicated it’s not aware of any imminent and credible threat to a specific place in the U.S.

Officials also see an uptick in publications by online magazines encouraging U.S.-based actors and providing advice on different methods of attack. “In some cases, posts even provide explanations on types of tactics used” to stage an attack, the official added.

The bulletin also advised that ideologically motivated domestic extremists “continue to derive inspiration from and obtain operational guidance, including regarding the use of improvised explosive devices and small arms, through the consumption of information shared in online forums.” The advisory goes on to say violent extremists could use encrypted messaging to try to “obscure operational indicators that provide specific warning of a pending act of violence.”

The agency also urged communities to be cautious when they get together for large gatherings ahead of the holiday season, though it noted there have been no credible or imminent threats identified.

“Historically, [domestic violent extremists and individuals inspired by foreign terrorist organizations have targeted crowded commercial facilities, houses of worship, and public gatherings, which have at times caused mass causalities,” the bulletin reads, a routine warning exacerbated by the reopening of malls, government buildings and downtown areas amid the coronavirus pandemic. But DHS notes “there are currently no credible or imminent threats tied to any dates or locations,” including houses of worship.

“We want people to go out and enjoy the holidays. We don’t want people to be overly scared, but we do want them to be vigilant,” a senior homeland security official told CBS News. “We want to make sure that if people observe suspicious activities, that they report those to local authorities.”

Meanwhile, DHS has continued to hear from law enforcement officials expressing “concerns that the broad sharing of false narratives and conspiracy theories that endorse the use of violence will continue to gain traction, resulting in individuals or small groups embracing violent tactics to achieve their desired objectives.”

“DHS is concerned that increased acts of violence, as well as targeted attacks against law enforcement, may strain local resources and challenge the ability of law enforcement to maintain the safety and security of local communities,” the terrorist bulletin advises.

The pandemic has created conditions that mean law enforcement must “deal with a more volatile threat environment at the same time that they’re dealing with other issues their community,” including “personnel challenges,” as police departments struggle to recruit and retain officers.

The bulletin follows up on an earlier NTAS bulletin release issued in August that is set to expire Thursday.

“Today, we are issuing the fourth NTAS Bulletin since January 2021,” Secretary Alejandro Mayorkas said in a statement. “The threat stream has not changed significantly; however this is an important product that keeps the public updated about threats facing the United States and underscores the importance of the public to staying vigilant and reporting suspicious activity to law enforcement.”

Then-Acting Secretary David Pekoske issued the Biden administration’s first terrorism bulletin warning of a “heightened threat environment” across the U.S. following the presidential inauguration, weeks after the January 6 attack on the U.S. Capitol.

DHS’ memo comes on the heels of an order by Attorney General Merrick Garland directing the FBI and Department of Justice to help protect school employees across the U.S. following an uptick in violence against them. That direction followed a letter from the National School Boards Association sent President Joe Biden about the “immediate threat” local schools and boards are facing.

Homeland security officials tell CBS News that while majority of online content threatening public officials “tends to be general in nature,” specific and credible threats made against members of Congress, public health officials, teachers and other public officials are routinely handed over to the FBI.