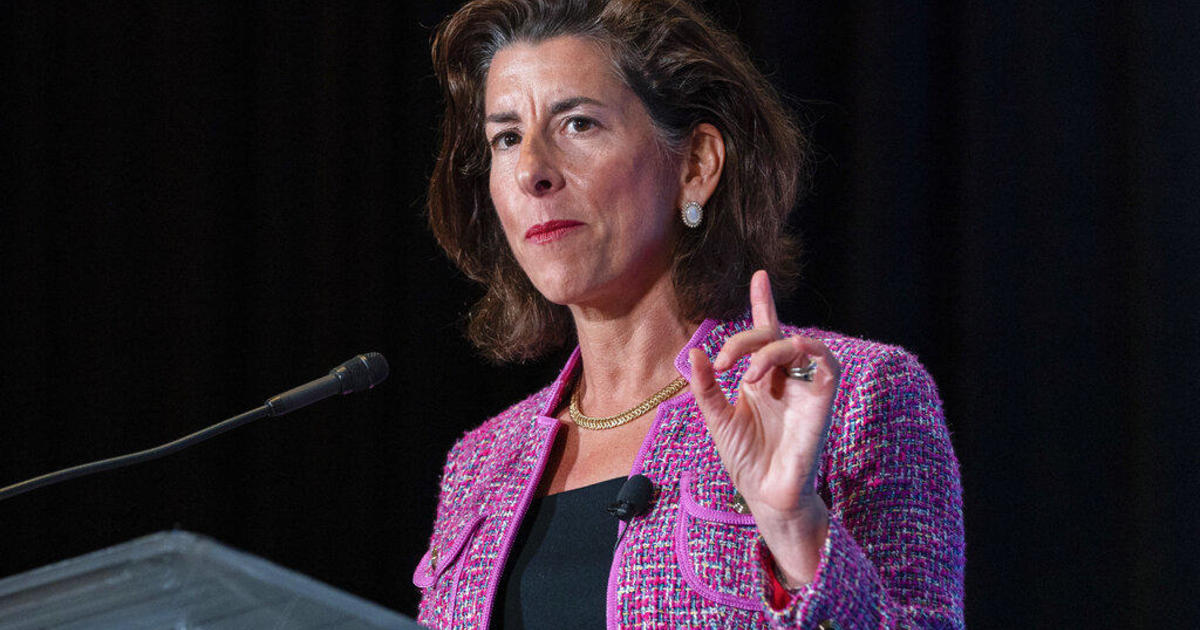 Melissa Roach pays $120 per month for internet at her home in Saint Louis County, Minnesota — and it is not always reliable. Amid the pandemic, her family had been scheduling time to be on the computer for it to work. And the best time to upload photos? The middle of the night. Her family’s best solution for reliable internet is running a new line up the driveway. That cost: $8,000.

Millions of people across the country are, like Roach, struggling with a lack of access or unaffordable internet — a massive economic and educational obstacle.

“Some people may be able to afford it. For my family it’s an incredible amount,” Roach said earlier this year.

“The fact of the matter is we have to close the digital divide. Period,” said Commerce Secretary Gina Raimondo at the White House on Tuesday, noting the coronavirus pandemic exposed just how detrimental internet access is. “And this infrastructure bill will allow us to do that.”

The bipartisan infrastructure bill, awaiting President Joe Biden’s signature, includes $65 billion for broadband. Raimondo’s department will administer more than $45 billion. She said that money will bring high-speed, affordable internet to all Americans regardless of where they live.

“Beyond the physical infrastructure — laying fiber — affordability is just as important,” Raimondo said. “It does a family no good if there’s broadband in their community but they can’t afford it.”

The goal is for the new spending on broadband to address both. Raimondo called it a “massive” undertaking for her department but one they’re up for. However, many questions about how the money will be administered and when projects would get underway remain.

Each state will receive at least $100 million for broadband. The rest of the money will be allocated based on need, depending on how many households are unserved and underserved in each state. Raimondo said her department would work closely with the Federal Communications Commission, using their maps to focus where the money needs to go. Once grant money is given to states, it will be divided among local grantees.

States are responsible for coming up with their own plans that meet federal criteria. In an effort for transparency and oversight, every state will be required to put its broadband plan online.

As of now, the legislation has not yet been signed into law. Once that happens there will still take a number of months to get the broadband program set up, Raimondo said. And that’s before any of the physical broadband expansion projects can even begin. Raimondo said on Tuesday it’s hard to say when the actual projects will begin but suggested it would be well into next year.

“It will be staged in. We want to get relief out there as fast as possible but in a quality way,” Raimondo said. She said addressing affordability with subsidies could happen more quickly but laying fiber across the U.S., including mountainous regions, “could take years.”

The Commerce Department expects to ramp up efforts to work with partners such as state and city officials as well as tribal leaders now that the infrastructure legislation has cleared Congress.

As to job creation — an exact number also remains to be seen. Raimondo acknowledged the U.S. does not currently have enough trained people up for the task. But some of the money in the bipartisan legislation is for workforce training.

Some efforts to expand affordable internet have already started thanks to provisions in last year’s COVID relief legislation and the American Rescue Plan, passed in March.

And according to BroadbandNow, a record 89% of Americans had access to a lower-priced broadband plan in the third quarter of this year. However, the organization noted the current standard of broadband, as defined by the FCC, “many Americans would find slow or unsuitable for their needs working from home.”