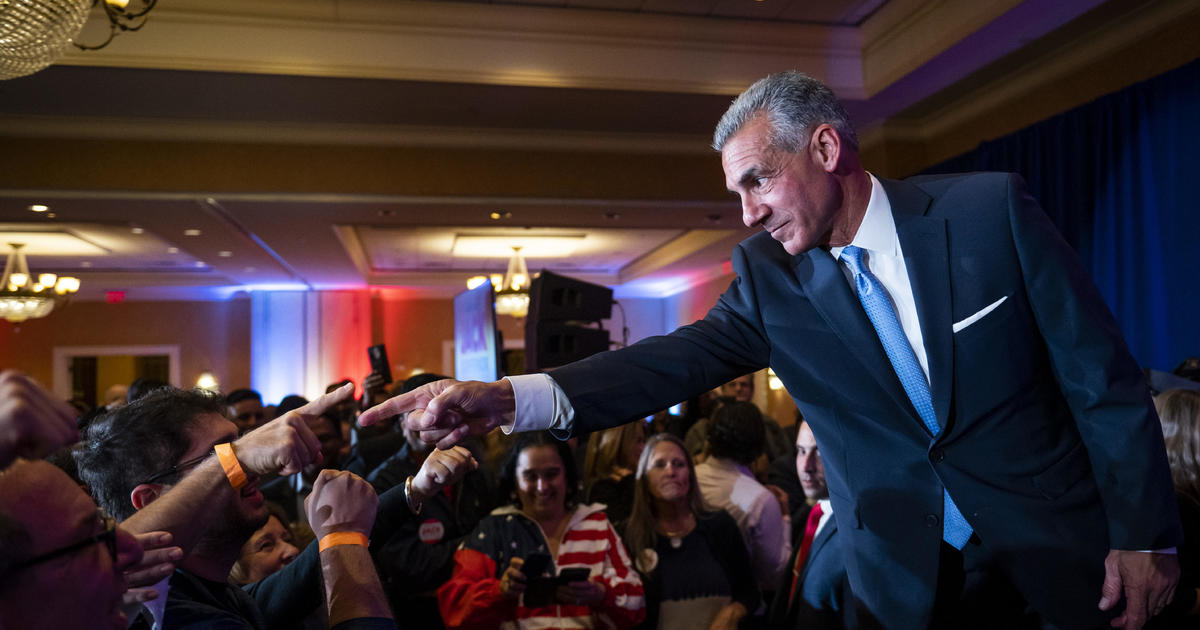 New Jersey Republican Jack Ciattarelli’s campaign says they are waiting for more votes to be counted in the governor’s race before deciding whether to concede or move forward with a recount.

“The odds of (the remaining ballots) all going in favor of Jack and changing the outcome of the election based on the current timeline is unlikely, but that doesn’t mean it doesn’t bring it close enough to warrant a recount,” Mark Sheridan, a lawyer for the Ciattarelli campaign told reporters on Monday.

Sheridan told reporters that Ciattarelli and the campaign will decide whether to move forward with a recount if the margin drops to around one percent.

Murphy’s campaign on Monday morning stepped up its calls for Ciattarelli to concede the race, believing their numbers show the GOP challenger is mathematically eliminated. Based on the returns so far, the governor’s campaign believes that any remaining mail-in ballots will only give Murphy a bigger lead.

“The race is over,” Murphy campaign manager Mollie Binotto said in a memo. “Assemblyman Ciattarelli is mathematically eliminated, and he must accept the results and concede the race. His continuing failure to do so is an assault on the integrity of our elections.”

While Murphy’s campaign has called on Ciattarelli to concede, the governor on Monday still did not weigh in on whether Democratic Senate President Steve Sweeney should also concede. Last week the Associated Press projected that Sweeney, the second most powerful politician in New Jersey, lost in a shocking upset to Republican truck driver Edward Durr.

“On our race, I know the math,” Murphy told reporters on Monday. “I actually don’t know the math on Steve’s race and at least I had the impression that there was a shot. There is no shot in our race and I think that’s the difference, but I defer to the Senate President on that one.”

“I just want the votes counted,” Sweeney said on Monday, according to NJ.com.

Ciattarelli released a video last week urging patience so that all the votes can be counted, and he encouraged New Jerseyans to report credible allegations of fraud. Sheridan told reporters on Monday that there has been no such evidence presented.

“We’re not hearing any credible accounts of fraud or malfeasance or anything like that,” Sheridan said.

“I’m not looking to be Rudy Giuliani standing in front of a mulch pile,” he added, an allusion to a post-election news conference Giuliani, who was Mr. Trump’s personal lawyer, once held outside Four Seasons Total Landscaping.

New Jersey does not have an automatic recount law.  Ciattarelli has up to 17 days after the election to request a recount in the race. A group of ten voters can also request a recount. The requester has to pay for the recount and a partial recount can be requested.

Sheridan estimated that a statewide recount could cost up to a million dollars. He said the campaign has some funding left over, but would have to ask for permission from New Jersey campaign finance officials to raise more money to cover the cost. He did not rule out asking for a partial recount if it looked like it would change the results.

Editor’s note: An earlier version of this report misidentified Ciattarelli campaign lawyer Mark Sheridan as Matt Sheridan. The article has has been updated.