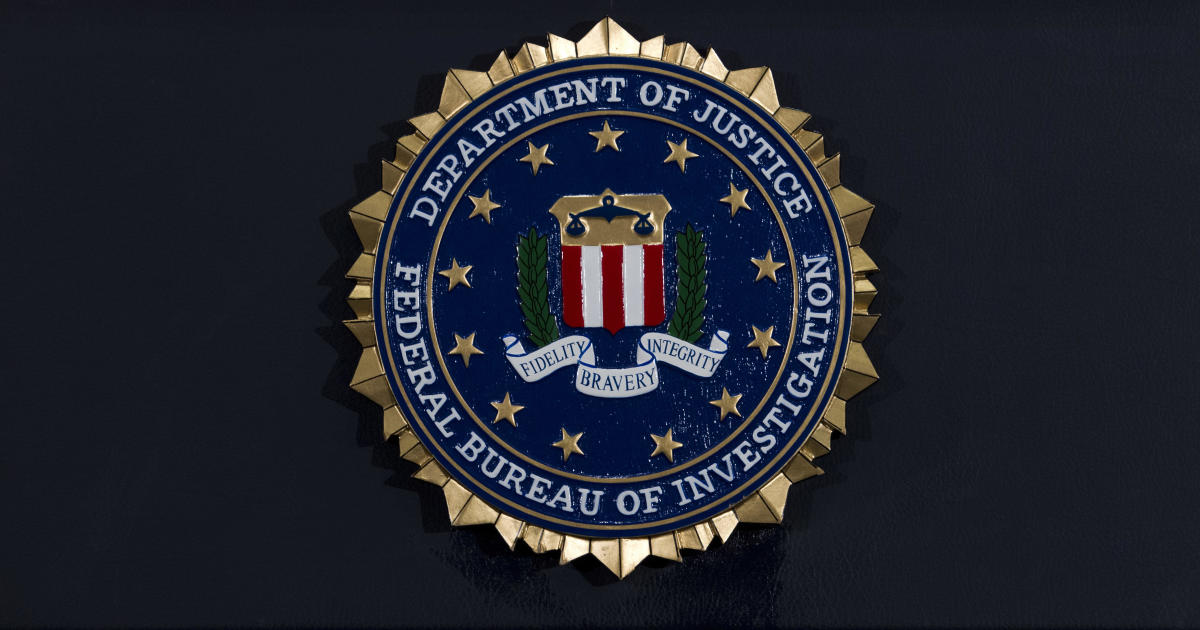 Washington — A Russian analyst who worked with Christopher Steele, the former British intelligence officer behind a controversial dossier about former President Donald Trump and Russia, has been indicted on federal charges of making false statements to the FBI, according to the Justice Department.

A federal grand jury charged Igor Danchenko, a 43-year-old Russian national living in Virginia, with five counts of lying to federal investigators about the sources of information he provided to Steele’s firm, which was then included in the dossier passed to the FBI. The false statements were allegedly made on five different occasions, from March 2017 to November 2017, according to the indictment unsealed Thursday.

Danchenko was arrested Thursday morning and appeared in court in Virginia later in the afternoon. His attorney said he would plead not guilty. He was released on a $100,000 bond and required to surrender his passport within 24 hours. Danchenko’s travel is restricted to the Washington, D.C., area.

The charges against Danchenko stem from a broad investigation led by special counsel John Durham into the origins of the FBI’s probe of Mr. Trump’s alleged links to the Kremlin. The New York Times was first to report Danchenko was taken into custody.

Federal prosecutors allege that Steele “relied primarily” on Danchenko “to collect the information that ultimately formed the core of the allegations found” in the dossier. As part of efforts to determine the validity of information contained in the dossier, the FBI conducted numerous interview with Danchenko between January 2017 to November 2017 regarding the information he provided to Steele. It was during these interviews, the Justice Department claimed, that Danchenko lied to FBI agents.

In one instance, federal prosecutors said Danchenko falsely stated that he never communicated with an unidentified U.S. resident, who was an executive at a public relations firm, about allegations in the dossier. But the Justice Department alleged Danchenko sourced at least one accusation anonymously to the executive, described as a “long-time participant in Democratic Party politics” who was chairman of a national Democratic political organization, state chairman of former President Bill Clinton’s 1992 and 1996 presidential campaigns, and an adviser to Hillary Clinton’s 2008 presidential campaign.

The unidentified executive’s role “as a contributor of information to the [dossier] was highly relevant and material to the FBI’s evaluation of those reports,” the indictment stated.

Danchenko also allegedly lied when he told agents that around July 2016, he received an anonymous phone call from a person he believed to be the president of the Russian-American Chamber of Commerce. He also falsely stated that during the call, the purported chamber president told him about information described in the dossier as demonstrating a “conspiracy of cooperation” between the Trump campaign and Russian officials, and agreed to meet the chamber official in New York, according to prosecutors.

But federal investigators says Danchenko never received the phone call or information from the purported chamber president, and never made arrangements to meet the unidentified person in New York.

Durham said the lies were “material to the FBI” for numerous reasons, as the investigation into the Trump campaign relied on the dossier to obtain the wiretap warrants on Trump campaign advisor Carter Page, and the bureau devoted resources to investigate and corroborate the allegations in the dossier, including the reliability of Danchenko’s sub-sources. The dossier, as well as the information collected by Danchenko, also played a role in the FBI’s investigative decisions and in sworn declarations made to the Foreign Intelligence Surveillance Court, the indictment stated.

Danchenko worked for several years as an analyst at the Brookings Institution, where he focused on Russian and Eurasian geopolitical matters. He was introduced to Steele around 2010 and then retained as a contractor for Steele’s investigative firm, according to the indictment.

The Justice Department said some of the information included in the dossier was gathered by Danchenko during a June 2016 trip to Moscow and at an October 2016 conference hosted at a Moscow hotel that was attended by the public relations executive, described in the report as a supporter of Hillary Clinton’s.

“Certain allegations” Danchenko provided to Steele, which then appeared in the dossier, “mirrored and/or reflected information” the unnamed executive also received “through his own interactions with Russian nationals,” the indictment alleged.

The dossier was a collection of opposition research notes that contained unproven claims about Mr. Trump and his 2016 campaign, some of which have since been shown to be false. The document came under scrutiny after some of the accusations contained in it were cited by FBI investigators in an application to secure a warrant to surveil Page in October 2016 and then in three subsequent surveillance renewals.

As part of a separate investigation into the FBI’s investigation of the Trump campaign and links to Russia, Republicans on the Senate Judiciary Committee released last year a declassified summary of a three-day interview with a man identified as Steele’s “primary sub-source,” later revealed to be Danchenko, in late January 2017.

According to the documents, Danchenko told FBI investigators that Steele asked him to look for “compromising materials” about Mr. Trump during a work-related trip after he was hired by Steele’s firm. Danchenko told the FBI he could not remember where information attributed to him or his sources came from and would have described items in the dossier differently.

Steele was hired around June 2016 by a Washington-based investigative firm, Fusion GPS, to examine possible personal or business ties between Mr. Trump, who was then a Republican running for president, and Russia, as well as any links between the Trump campaign and Moscow.

Durham, the former top federal prosecutor in Connecticut, was selected by former Attorney General William Barr in May 2019 to scrutinize the origins of the FBI’s investigation into Russian meddling in the 2016 presidential election, known as “Crossfire Hurricane.” Barr then appointed Durham as special counsel in late 2020.

Sussman was accused in September of requesting a meeting with the FBI in September 2016 to provide information that allegedly showed covert communications between the Trump Organization and a Russia-based bank, Alfa Bank. The Justice Department alleged Sussman lied about who he was working for when he brought the information to federal authorities, claiming he was doing so as a concerned citizen, when the information was assembled on behalf of his clients, Hillary Clinton’s presidential campaign and a tech executive. Sussman pleaded not guilty.

Paulina Smolinski contributed to this report.