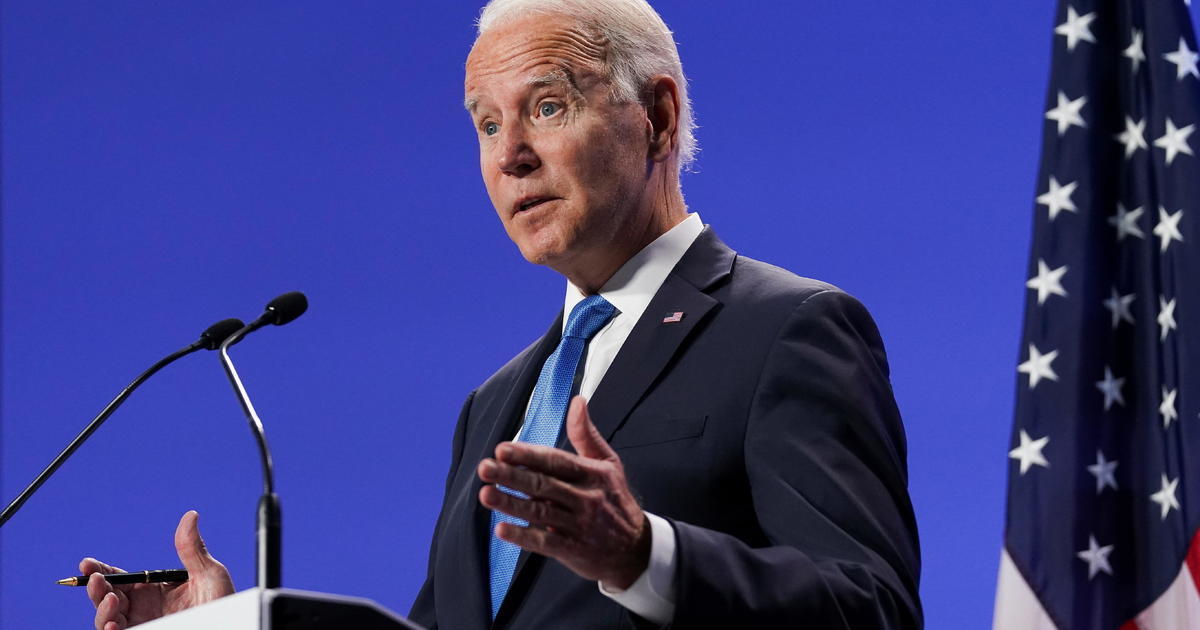 President Biden told reporters Tuesday that it was a “big mistake” for China not to have shown up for the United Nations climate summit, attended by over 100 world leaders, but not Chinese President Xi Jinping or Russian President Vladimir Putin.

“We showed up. And by showing up, we’ve had a profound impact on the way I think the rest of the world is looking at the United States and its leadership role,” the president said.

Mr. Biden took a few questions from reporters as he wrapped up his European swing in a news conference, just before departing the United Nations climate summit.

Reporters asked the president about about the fate of the Build Back Better social spending plan and the bipartisan infrastructure bill. As he left for Europe last week, the president had touted a new $1.75 trillion social spending bill that contains $555 billion in climate-related provisions and expressed confidence Democrats would come together to pass it. But he’s at the mercy of an evenly divided Congress, and a few Democrats, Senator Joe Manchin, in particular, have trimmed some of the climate-focused measures from the legislation.

He told reporters “I believe that Joe will be there” for the bill, even though just a day ago, Manchin said he needed more time to consider the budgetary impact of the measure. He accused progressives of putting “shell games (and) budget gimmicks” into the measure that could double the price tag. Manchin doesn’t like the approach Democrats took to shorten the duration of some programs, rather than choosing provisions to keep or remove. “This is a recipe for economic crisis,” he said. He and the rest of the Senate are waiting to see the Congressional Budget Office score or analysis of the cost of the bill before acting on it.

The president said, “I understand Joe is looking for the precise detail,” and added that he believes the bill will be passed.

He also predicted the two Democrats running for governor in New Jersey and in Virginia would win their races, though he admitted the race in Virginia is a tight one and would probably come down to turnout.

Mr. Biden brought the message to world leaders at the Group of 20 summit and the U.N. climate conference that the U.S. is “back at the table,” after his predecessor former President Trump had walked away. At the climate conference in Glasgow, Mr. Biden announced he would ask Congress for $9 billion for the conservation of the world’s forest and ecosystems.

His administration also proposed a rule Tuesday that would cut U.S. methane emissions by cracking down on methane emissions from all of the nation’s oil and gas wells. Existing regulations apply only to newer oil and gas wells, built or modified since 2015. The Associated Press notes that this means over 90% of the 900,000 wells in the U.S. are not regulated. The Environmental Defense Fund says that reducing methane emissions is the quickest route to slowing the warming of the planet because its warming power is 80 times that of carbon dioxide in the first 20 years it’s in the atmosphere.