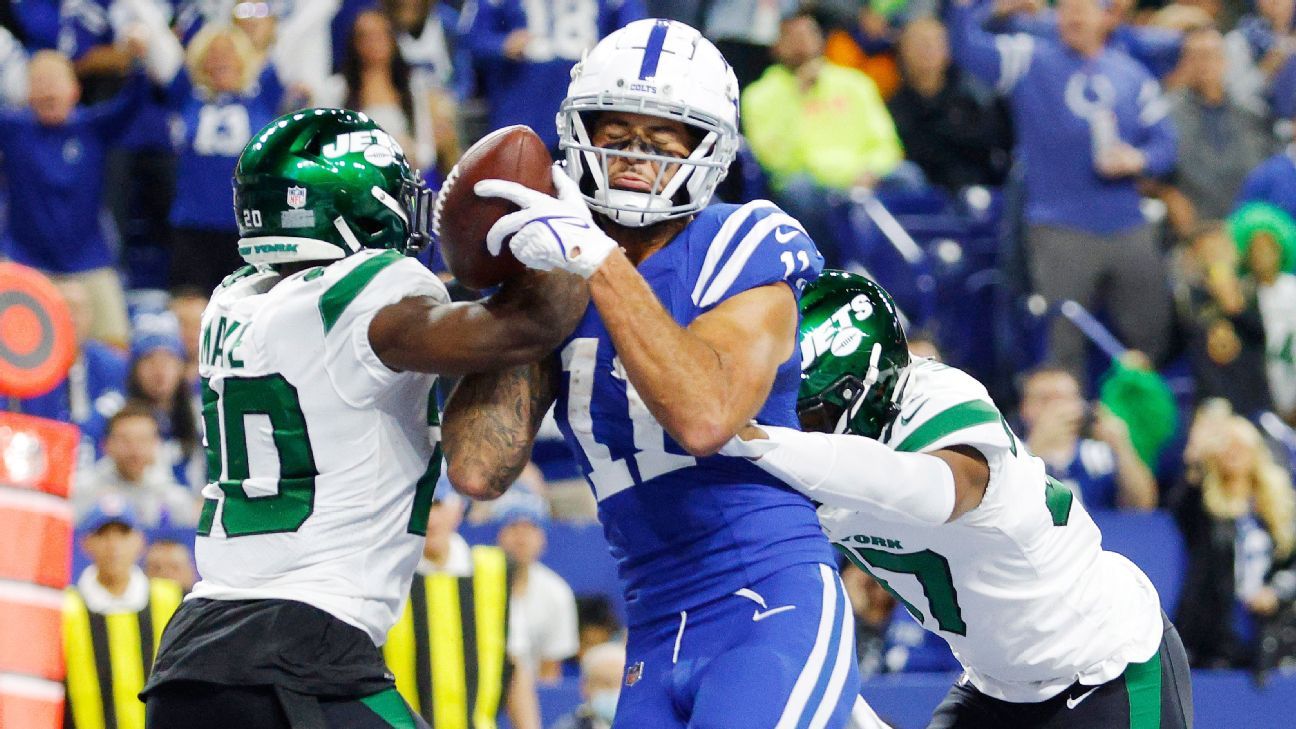 INDIANAPOLIS — The Indianapolis Colts took running past the New York Jets to another level when second-year running back Jonathan Taylor went off tackle right and truly untouched, 78 yards for a touchdown to extend their lead to 42-10 midway through the third quarter Thursday. It was Taylor’s second touchdown run of at least 20 yards in the game.

Taylor wasn’t the only Colts player to shine. Michael Pittman Jr. continued to show why he is their No. 1 receiver when he went into tight coverage, didn’t let Jets linebacker Jarrad Davis jumping in the air or cornerback Bryce Hall being draped on his back stop him from snagging quarterback Carson Wentz‘s 11-yard touchdown pass with 12 seconds remaining in the first half.

The only question about the play was whether Jets safety Marcus Maye knocked the ball out of Pittman’s hands before he got two feet down in the end zone. The play was originally called an incomplete pass, but was changed to a touchdown after it was determined that Pittman got one foot down and took two additional steps to complete the process of a catch.

Colts running back Nyheim Hines started the scoring on their opening drive. He took the handoff and started right before bumping into center Ryan Kelly and cutting left. Hines, a former track athlete at N.C. State, broke to the outside, leaving Jets cornerback Brandin Echols flailing his arms in desperation trying to catch him.

Hines dove head first into the end zone to complete the 34-yard touchdown. And to top off his career-long run, he did a flip in the end zone for a celebration.

The Jets responded on their next possession with a 19-yard touchdown pass from Mike White to Elijah Moore, tying the score.

But running back Taylor added a 21-yard touchdown run early in the second quarter and tight end Jack Doyle caught a short TD pass as the Colts increased their lead before Pittman’s grab. Offensive lineman Danny Pinter even got in on the scoring with a short TD catch for the Colts.