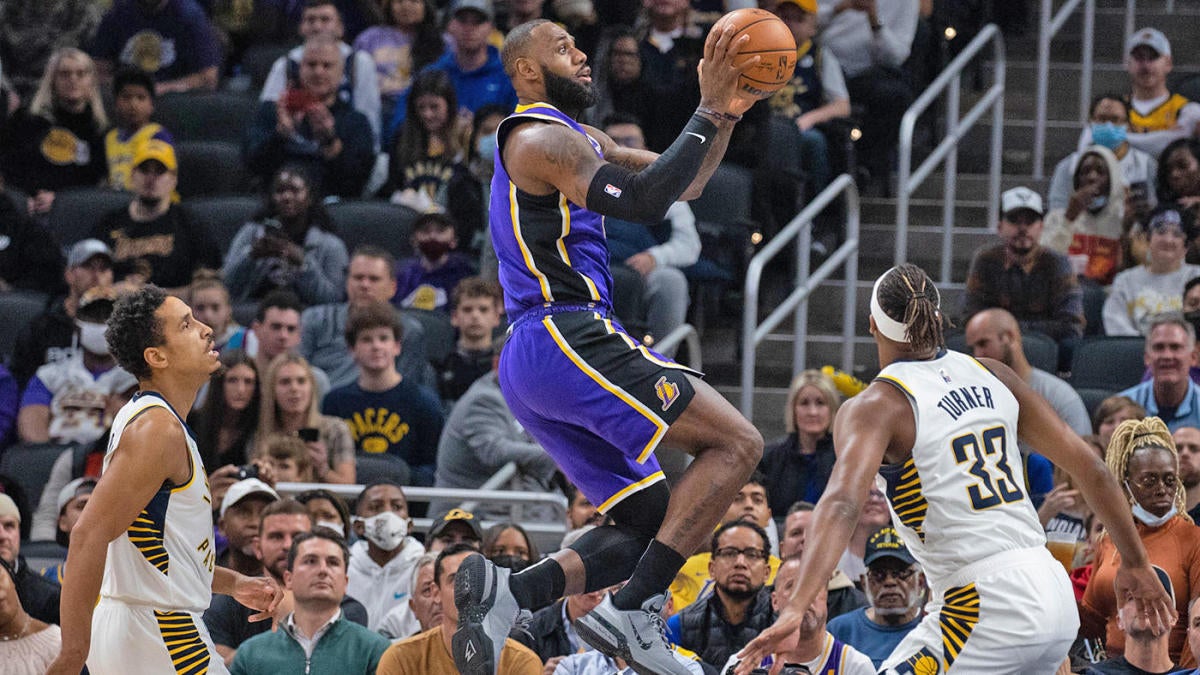 Fresh off of a one-game suspension, LeBron James propelled the Los Angeles Lakers to a 124-116 overtime victory over the Indiana Pacers on Wednesday night with some clutch shot making. James had 17 points in the fourth quarter and overtime, and he connected on three 3s over the final seven minutes to secure the much-needed win for L.A.

At one point late in the fourth quarter James scored seven straight points as the Lakers came back from a 12-point deficit to force OT. In the extra frame, he single-handedly outscored the Pacers, 8-4. In all, he finished with a season-high 39 points to go along with six assists, five rebounds and two blocks. It was an impressive performance.

James’ overtime was an eventful one. In addition to dominating Indiana on the court, James also had an issue with a pair of fans sitting courtside. The fans apparently said something inappropriate to James, who quickly alerted an official and had the fans ejected from the game.

After the game, James declined to say exactly what was said by the fans, but he noted that obscene language and gestures can’t be tolerated. After missing the Lakers previous game against the Knicks in New York due to suspension for his role in an altercation with Detroit Pistons forward Isaiah Stewart on Sunday, James said that he was “eager” to return to the court, and it showed. While speaking with media members, James added that he didn’t think that his suspension was warranted given the fact that the contact he made with Stewart’s face was accidental.

The extracurriculars shouldn’t detract from James’ overall performance on the floor, because it was certainly a memorable one. “What LeBron did tonight was a performance for the ages,” Lakers coach Frank Vogel said after the game. “I know these fans and how much they love their hoops here in Indianapolis, and he put on one hell of a show.”

With the win over Indiana, L.A. moved to 10-10 on the season, which is good for ninth in the Western Conference. That’s probably not exactly where they thought they’d be at this point in the season, but injury issues have been a big problem for the Lakers early on, so it’s been tough for them to develop much of a rhythm. At this point, their main goal has to be to get — and stay — healthy. If they can do that, they can still be a major threat this season, especially if James can turn in more performances like the one he had on Wednesday night.