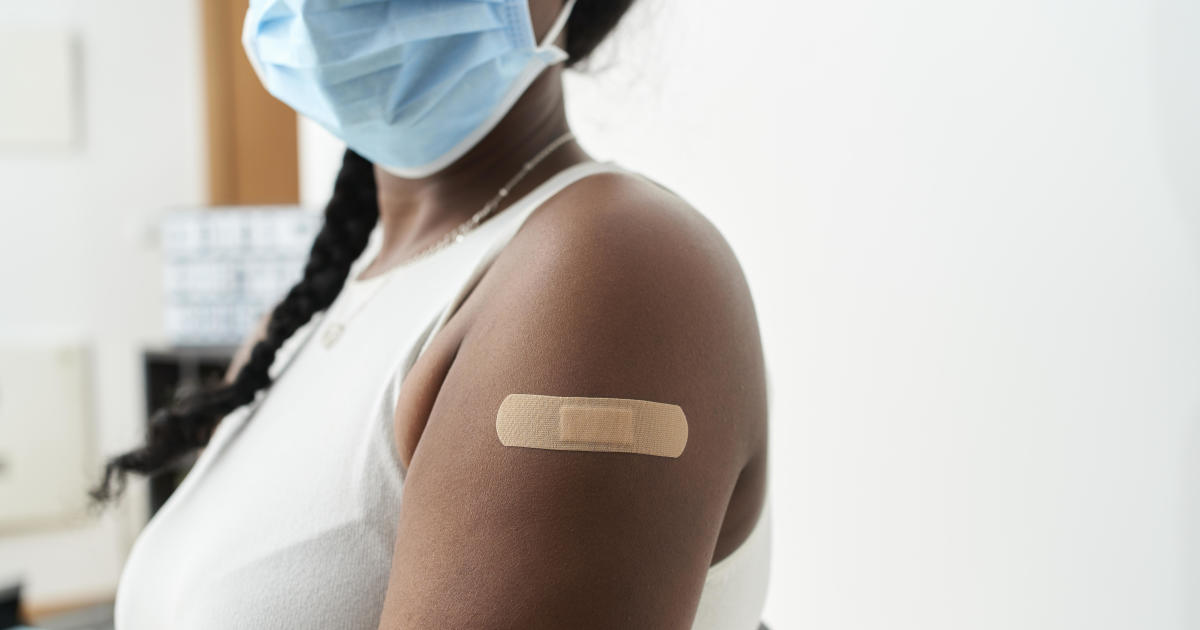 Maria del Carmen Garcia didn’t have to look far for medical advice as she considered whether to get vaccinated against COVID-19. The 39-year-old teacher from Fort Hood, Texas, who at the time was trying to have another baby, consulted her sisters who work in health care and her husband who is a former pharmacy technician.

“We do a lot of research in this house,” she said. “Sometimes people look at us, they say, ‘You guys read too much’ — but we’d rather be overly informed than not.”

Her decision to get the shot was less about her own safety and more about maximizing protection for her kids. Despite concerns about potential side effects, she felt getting vaccinated was the safest decision for her future child.

Garcia was confident in her choice but others pleaded with her to reconsider, like her former boss.

“I was one of the first ones in my former company to get the vaccine,” she said. “Even the day that I took it, [she] was still trying to talk me out of it.” She warned Garcia that if she got the vaccine, her baby could be “deformed” — a claim that’s been debunked by the CDC. Data shows there’s no difference in the rate of birth defects among infants whose mothers were vaccinated.

Garcia was undeterred and followed through. She later learned that her decision to get vaccinated — and subsequent safe pregnancy — inspired another pregnant co-worker to get the shot as well.

Garcia’s experience illustrates the challenges facing millions of women around the country who are either pregnant or considering having a child as they decide whether to get vaccinated against COVID-19.

Research shows the vaccines are safe and effective before and during pregnancy, and studies have not found any increase in miscarriage or fertility issues after vaccination. Health officials stress the importance of getting the shots because unvaccinated pregnant women face a heightened risk of severe illness or death from COVID-19.

But it’s been difficult for health officials to build confidence in the vaccines among pregnant people, particularly among people of color.

To date, only 35.3% of Americans prior to or during pregnancy have been fully vaccinated, half the total for the entire adult population nationwide, according to data from the Centers for Disease Control and Prevention.

The pace of vaccination has alarmed health officials, prompting the CDC to issue a health alert in September calling for “urgent action” to address it. In late October, Dana Meaney-Delman, the agency’s lead on maternal immunization, said on a webinar, “We still have a ways to go” and that the rate of vaccination is “not where we want it yet.”

The vaccination rate lags even more among women of color. Less than a third of Hispanics/Latinos and only one in five Black Americans have been fully vaccinated prior to or during pregnancy. Doctors blame the gap, in part, on deeply rooted distrust stemming from worse medical treatment, poorer outcomes, and systemic racism that has largely gone unaddressed.

Dr. Manisha Gandhi, chief of the Maternal Fetal Medicine Clinic at Texas Children’s Hospital Pavilion for Women, said that while health officials have tried to address racial disparities in care, historical distrust has been hard to overcome.

“I think again it probably has to do with mistrust and issues of racism, issues of bias, that are leading women to not pursue this vaccination and distrust of how it may affect the pregnancy,” she said.

Dr. Javika Moore, who runs a network of prenatal and maternal health care clinics around Washington, D.C., said these historical inequities have been an “embarrassment” and that little effort has been made to reduce them.

“We are trying to speak to people that we really as a society have not really made any effort to help,” he said. “All of a sudden now we care about pregnant women and COVID rates, but what about before that?”

According to the CDC, the rate of pregnancy-related deaths prior to the pandemic was more than three times higher among Black women than White women, and it’s a trend that’s persisted for years. Federal data also shows that infant mortality rates are more than twice as high among Black children than White children.

“I think COVID has just ripped the Band-Aid off of all of this, or multiple Band-Aids off of these disparities. It’s front and center, you’re seeing it live and in-person, real-time,” Moore said. “It’s going to be a little bit more difficult to regain trust in the medical field.”

In a statement to CBS News, Meaney-Delman said the agency was “deeply concerned” with the low vaccination rate among Black and Hispanic pregnant people, adding that the number of unvaccinated people leaves far too many at risk of severe illness and adverse pregnancy outcomes.

“We continue to work to increase vaccine uptake and equity in this population,” she said. “We need a concerted nationwide effort to educate pregnant people through local outreach efforts and partnerships with many organizations.”

But Garcia believes the benefits of vaccination have not been adequately communicated to people in her community. She said her mother-in-law, who works as a church secretary, has had difficulty getting trusted messengers to speak to the community.

“They will bring someone that looks like an outsider instead of getting people from the community to come in,” she said. “So they feel like it’s someone telling them something that they don’t have any connection with, so they kind of blow it off.”

The problem is compounded by a high level of misinformation that’s seeped into communities around the country. According to one study conducted over the summer by the COVID States Project—a multi-university network of policy experts and scholars—one in five Americans believed at least one popular false claim about the vaccine. Of the four false claims covered in that survey, vaccination causing infertility and making it more difficult to get pregnant was the most widely believed. A new survey from the Kaiser Family Foundation found that 17% of adults believe pregnant women should not get the vaccine.

Confusion and misinformation took hold early in the vaccine rollout in part because clear, official guidance for pregnant people was lacking. Pregnant and lactating individuals were excluded from the initial clinical trials of the three vaccines that are now in use in the U.S., leading health officials to offer cautious and ambiguous advice. Additional studies confirmed the vaccines’ safety, but it wasn’t until August that the CDC formally recommended vaccination for pregnant people.

In an interview with CBS News at the time, Sascha Ellington, then-lead for the agency’s emergency preparedness and response team within the division of reproductive health, said that vaccine manufacturers had “really missed the mark” to get data on this population earlier, and acknowledged the agency’s “less than enthusiastic” guidance prior to its update.

Dr. Valerie Montgomery Rice, president and CEO of the Morehouse School of Medicine and founder of the the Center for Women’s Health Research at Meharry Medical College, says it has historically been difficult to include pregnant women in clinical trials over concerns about the health of the mother or child, but in this instance, more could have also been done to publish data on women in the trials who became pregnant after they were vaccinated.

“We could’ve been thinking about that more on the front end,” she said.

More recent studies have shown that the vaccines are not only safe in pregnant women but beneficial for their child as well.

A study by NYU Langone examined 36 vaccinated women and their children after birth, finding that 100% of the newborns had antibodies that may help protect them against the coronavirus. Another study from the University of California San Francisco found no serious adverse events among vaccinated women who were breastfeeding or their infants. The study also found an increase in antibodies to COVID-19 in the milk of lactating individuals, although they did not transfer to infants through breastfeeding in the same way studies have shown they do in utero.

Now, equipped with more encouraging data — along with mounting evidence that suggests pregnant women are more at risk of severe COVID outcomes — medical professionals around the country can more confidently advocate for vaccinations.

Montgomery Rice added that it’s imperative that health agencies across the country provide “numerous modes of engagement.” That extends beyond just doctors to include doulas, midwives or family friends.

She also pointed to her university’s work in teen pregnancy engagement, in which researchers conduct some prenatal sessions in groups. This allows women’s questions to be answered not just by the professional who’s there but also by other people who may have had a similar concern. Others added that proper advocacy requires empathy, personalization and respect for autonomy.

“When we talk to patients, we talk to them as an individual, as a member of their community, as a member of a family, and really try to unpack or figure out all their possible concerns,” said Dr. Camille A. Clare, chairwoman of the Department of Obstetrics and Gynecology at SUNY Downstate in New York. “We keep that conversation going.”