When it comes to forged irons, Wilson Staff’s reputation needs no introduction. 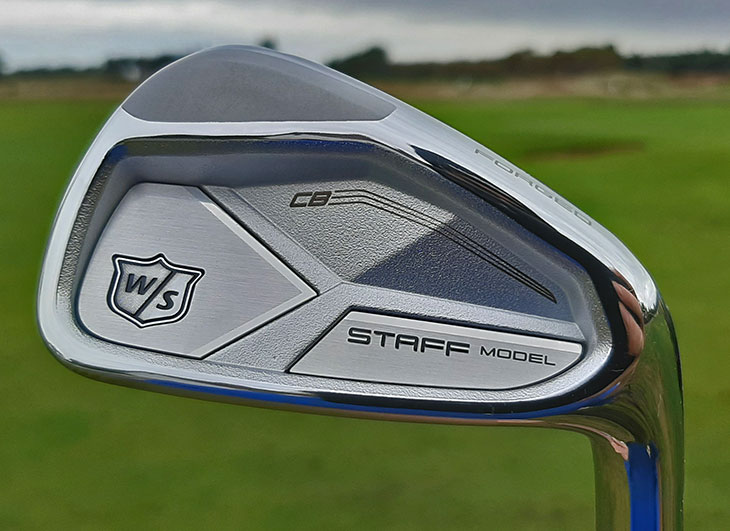 After reviewing the impressive Wilson D7 Forged irons last year, and keeping a close eye on a few other notable iron launches from Wilson in the recent past – it would be fair to say that they are on their way to getting their true ‘major-winning mojo back’, not to mention getting a little help from Mr Gary Woodland.

I was keen to find out whether the beautiful looking new Staff Model CB irons for 2021 would help in their pursuit of former major-dominating glory, as opposed to being an an overlooked afterthought behind the so-called ‘big-four’. Given the quality of their output and value for money, it would be fair to say that they deserve a lot more. 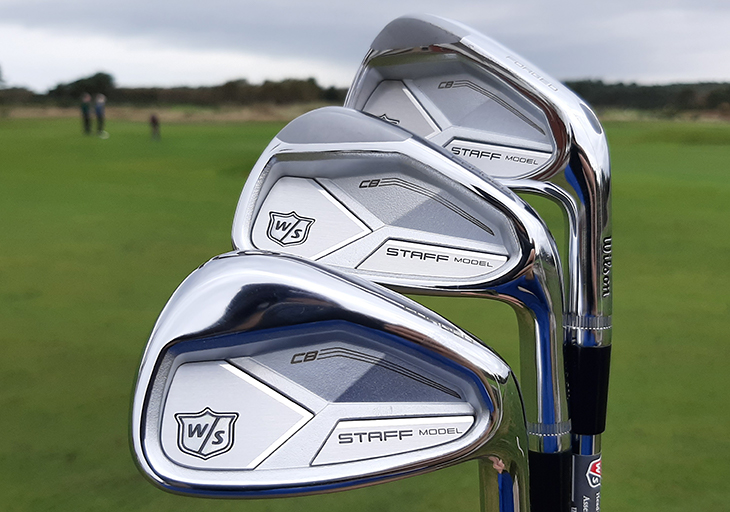 What’s It All About?

Ultimate feel. That’s what I expected to get out of testing the Wilson Staff Model CB irons because that is exactly what they are said to be designed for: a true players iron, short in blade length, traditional in looks, a simple tech story and all about delivering precision for a good ball-striker. 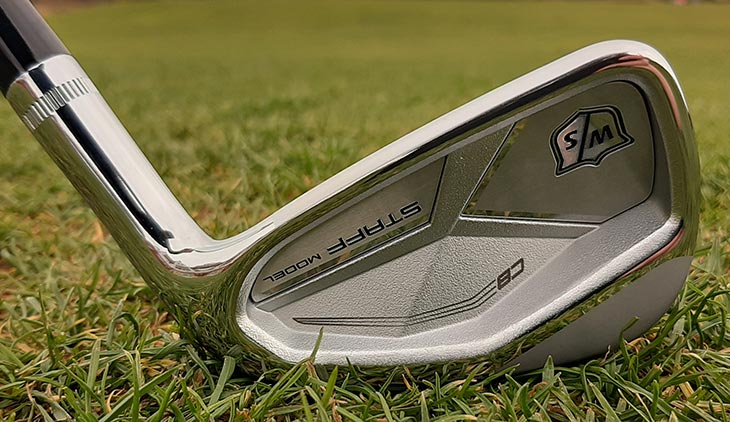 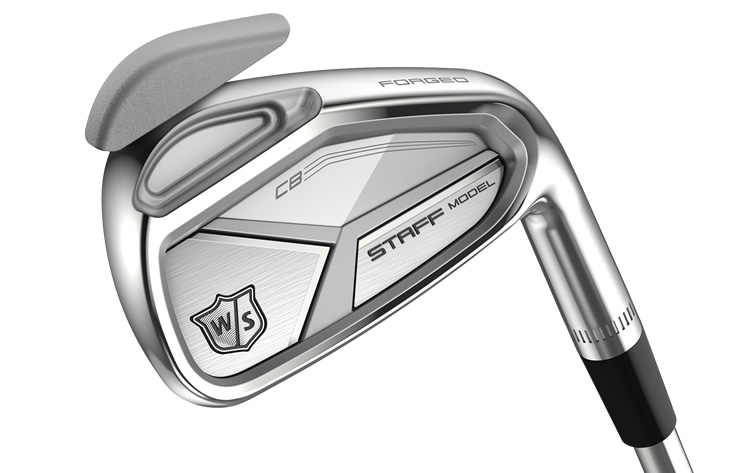 Tech-wise, things are pretty simple in the form of a tungsten weighted design in which twenty grams of high-density tungsten is placed in the toe of long and mid irons to enhance head stability at impact and lower CG for more consistency. 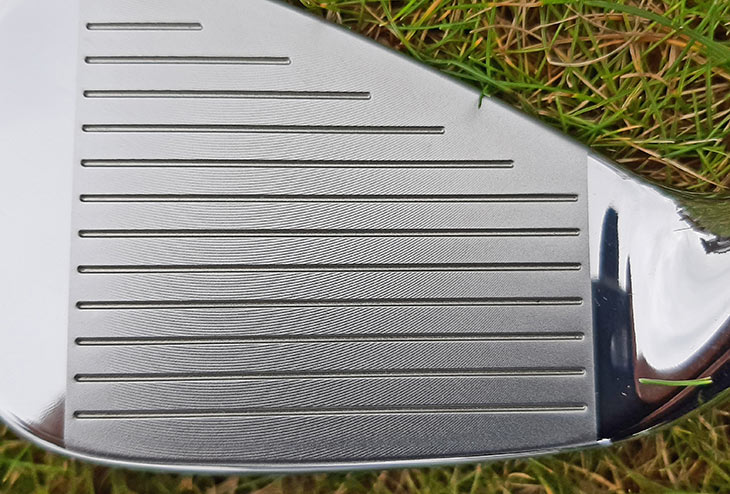 A forged 8620 carbon steel face is backed by an integrated impact mass area said to provide a solid, muscle back-like feel but you can get the best of both worlds with a cavity back design that helps to deliver maximum consistency on all types of shots.

As you can see from the images, these irons look great – both in the bag and down by the ball.

In the bag, they are probably the sleekest, most contemporary iron head I have seen Wilson produce in a long while. With irons like the recent D9 model and 2019’s D7 irons, Wilson have made some gradual improvements to their irons’ shelf-appeal, but I think the Staff Model CB takes the top prize here. 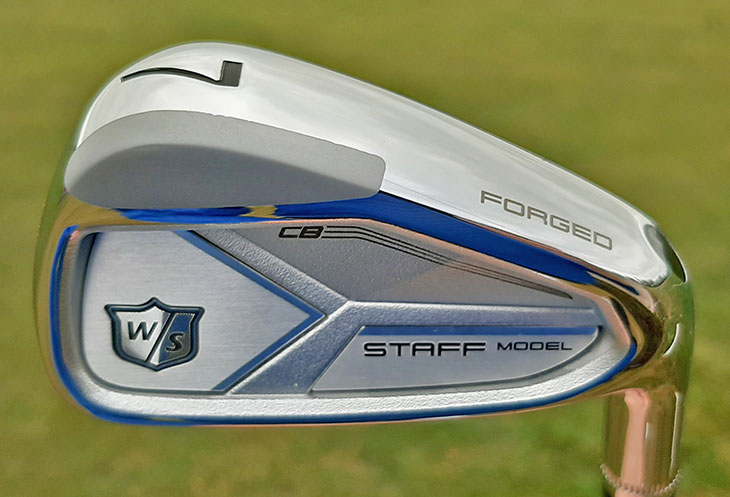 The Tour V6 were great looking irons and these have taken them one step further. The design in the cavity reminds me a little of the extremely successful Ping i210 and even I’d go as far as to say that they’re not far from looking like Mizuno, Srixon or even Titleist irons, which is pretty high praise considering how good their latest releases look. Take a look at our review of the Titleist T Series irons here

For me however, the blade length is a little too short, a large amount of golfers will find them daunting at address. I noticed this most when I got to the 5 iron. This is a small head offering little help unless you’re a confident long iron player. 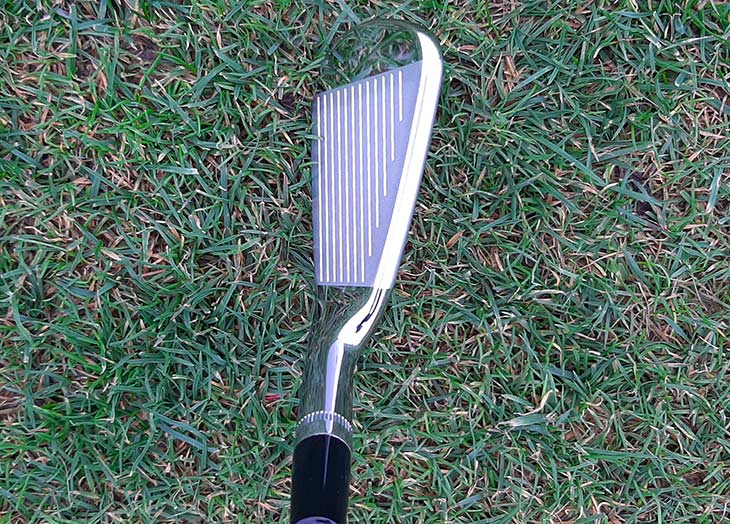 In terms of the topline however, there’s not too much to be scared of here. Although the blade length is short, the heads have a rounded shape with soft lines which suited my eye.

Although it was to be expected, I was also impressed with the feel of the Staff Model CB irons. Out of the screws they felt great, what would you call ‘buttery’. They struck a great balance between feeling soft but also quite fast at impact. 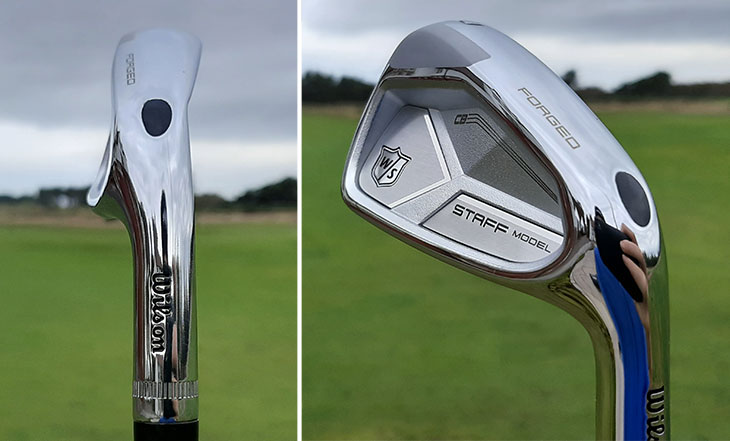 As someone who doesn’t swing it anywhere near as quick as a tour pro, sometimes I find better players irons can feel a little weak off the face, for example the Staff Model CBs big brother – the Staff Model Blade wouldn’t do too much for my game, but thankfully that wasn’t the case with the CBs.

You could put this down to a number of things, one being the difference in cavity size or the bar which connects the CB’s topline to the sole and heel, which is said to maximise energy transfer but also drops the impact sound lower than the FG Tour V6. I can vouch for this – the sound they produced was clean and muted. 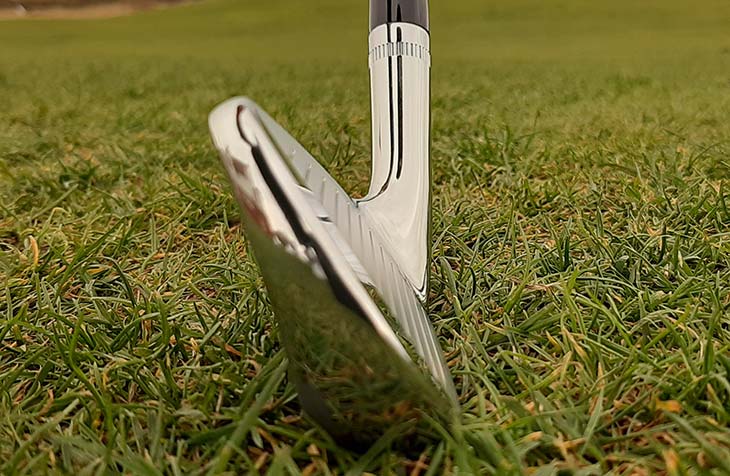 The first thing I was struck by when hitting balls with the Wilson Staff Model CB irons was the flight. Pre-test I was worried that these irons may produce a high, weak and ‘floaty’ ball flight which is something that I’ve always struggled with in my game. It’s the first thing that I look for in an iron and I was pleased to find that the peak height throughout the set was actually quite low. 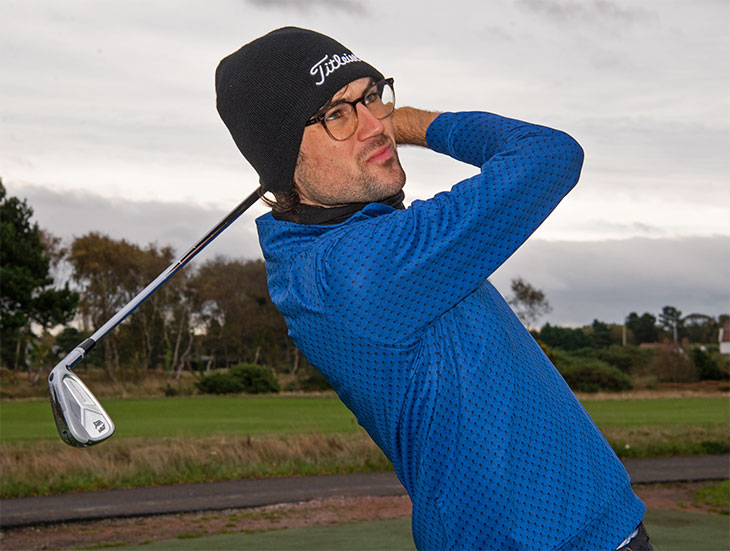 This was made even more impressive given the traditional and what would be considered as fairly weak lofts throughout the Wilson Staff Model CB irons:

It was great to see that manufacturers can deliver a powerful ball flight through craftsmanship and some well placed technology as opposed to just de-lofting irons the usual 3 or 4 degrees.

Here are my numbers from the test:

My stock yardage with my own 7 iron is 167 carry. So to see the CBs produce an average carry distance of 158 wasn’t too bad. Again this is taking into account that my irons are custom fit to an inch longer in length and a degree and a half stronger than the CBs.

In terms of forgiveness, there is some in there – probably more than you would think just looking down at the irons. But don’t get too comfortable and start swinging out of your boots with these irons as they will well and truly come back and bite you.

During my testing I caught a couple out of the toe (my go-to bad shot) and the yardages were pretty inconsistent. Some performed as you’d expect dropping from around 162 to about 155 yards in carry, whereas as you can see from the graphic, I had one that went down to a worrying 144 yards carry. Yes this is mainly me putting a bad swing on it but still, a 14 yard drop off from my average isn’t great.

This data will have alarm bells ringing for a lot of golfers who don’t strike it consistently every time (like me).

I haven’t yet mentioned the price of these irons, which true to Wilson’s form of late is a healthy RRP of £849 for 4 – PW.

The reason I mention this now is that Wilson have had a knack for keeping prices low and quality high in recent years with their products. Compared to the aforementioned ‘big four’ it has been well documented that Wilson are the in price bracket below alongside Cobra. I don’t think I will be the only that think this is pretty refreshing in a society where the price of everything seems to be growing. 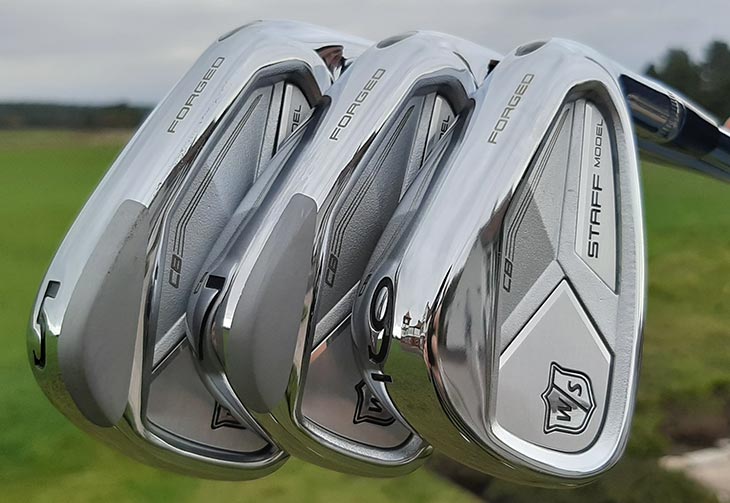 Overall, the performance of these irons was great throughout the bag. The penetrating ball flight coupled with the great looks and shaping capabilities (especially in the longer irons) means that they will be a great option for a lot of good players looking for a new set of irons.

Would I Use Them?

Yes. These are great irons that tick a lot of boxes and I really believe that they will stand the test of time too.

As ever, I would urge you to get a full custom fitting to really dial in your numbers and get the most out of them for your game. 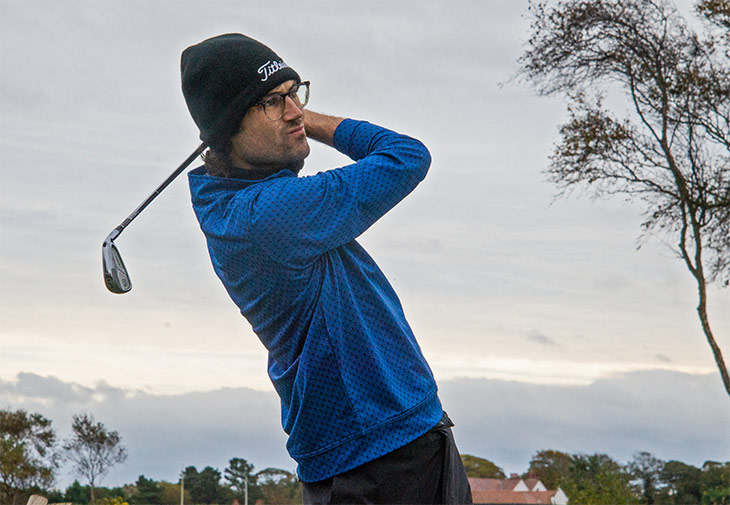