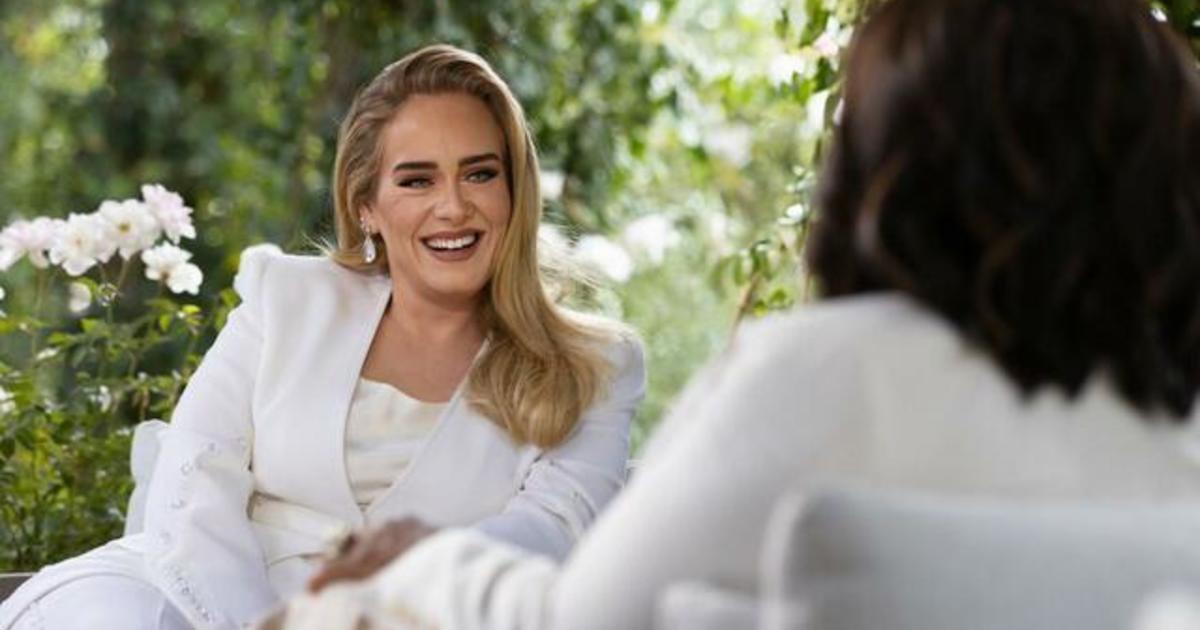 Adele reflected on juggling her divorce, motherhood and her career in an exclusive interview with Oprah Winfrey, airing Sunday night on CBS and Paramount+.

In a preview clip that aired exclusively on “CBS Mornings,” Oprah asked Adele about the “brutally honest” lyrics on “Hold On,” one of the songs on Adele’s new album 30.

She sings, in part: “I’m such a mess, the harder that I try, I regress. I am my own worst enemy, right now I truly hate being me. Every day feels like the road I’m on might just open up and swallow me whole. How do I feel so mighty small when I’m struggling to feel at all?”

Adele told Oprah that her friends would tell her to “hold on” whenever she felt that way.

“It was just exhausting trying to keep going with it. It’s a process – the process of a divorce, the process of being a single parent, the process of not seeing your child every single day wasn’t really a plan that I had when I became a mom.”

Adele’s interview with Oprah will air as part of “Adele One Night Only,” a two-hour primetime special showcasing Adele’s first new material in six years. The concert will feature old hits and never-before-heard music. The interview with Oprah will be Adele’s first televised conversation about her new album. Watch it on CBS on Sunday, November 14 at 8:30p ET and 8p PT or stream it live or on-demand on Paramount+