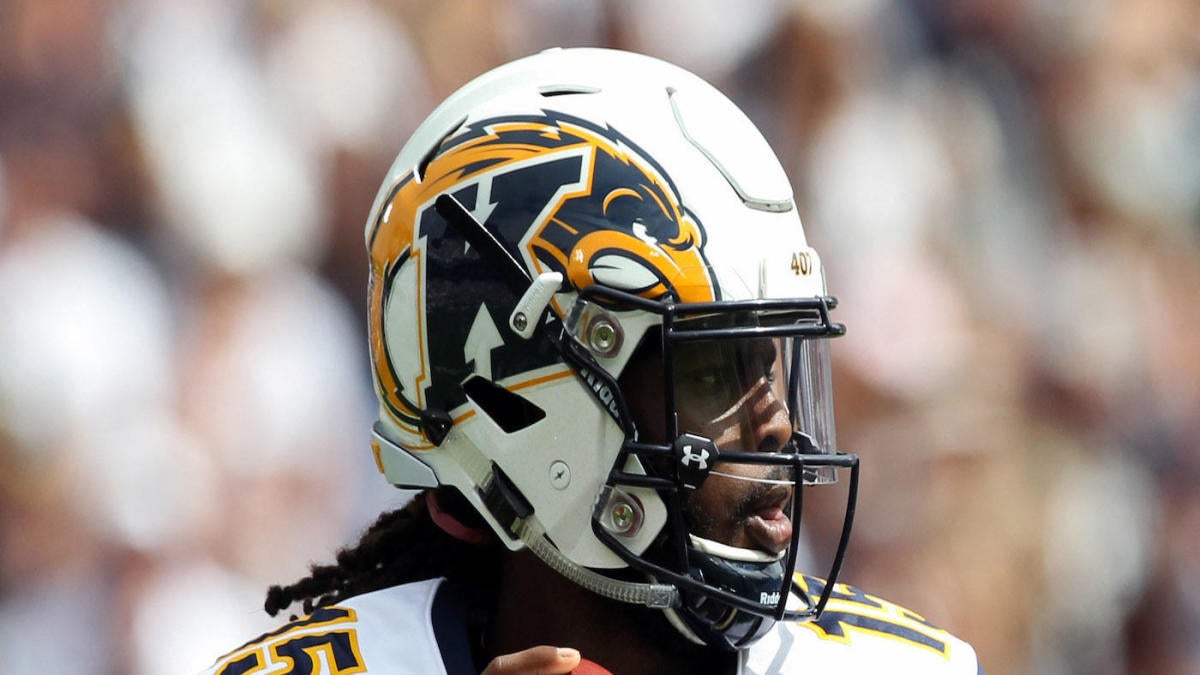 The Kent State Golden Flashes were expected to win this one, and they are just one quarter away from fulfilling that expectation. After three quarters it’s looking more and more like their high-powered offense is just too much for the Northern Illinois Huskies as Kent State lead 45-27.

The Golden Flashes have been riding high on the performance of QB Dustin Crum, who has passed for two TDs and 250 yards on 25 attempts in addition to rushing for two TDs and 47 yards. The team has gotten extra help from defensive menace S Dean Clark and his nine tackles.

NIU has been led by WR Trayvon Rudolph, who so far has caught ten passes for three TDs and 247 yards.

After two games on the road, the Kent State Golden Flashes are heading back home. The Golden Flashes and the Northern Illinois Huskies will face off in a Mid-American battle at 7 p.m. ET Wednesday at Dix Stadium. The defensive coordinators will surely put in extra hours ahead of this contest since these teams’ offenses combined for 1,015 yards two weeks ago.

After constant struggles on the road, Kent State has finally found some success away from home. They were able to grind out a solid win over the Ohio Bobcats two weeks ago, winning 34-27. It was another big night for Kent State’s QB Dustin Crum, who passed for one TD and 257 yards on 31 attempts in addition to rushing for one TD and 93 yards.

Meanwhile, the Central Michigan Chippewas typically have all the answers at home, but two weeks ago NIU proved too difficult a challenge. NIU won a game that couldn’t have been any closer, slipping by CMU 39-38. The Huskies’ success was spearheaded by the efforts of WR Trayvon Rudolph, who caught six passes for two TDs and 160 yards, and QB Rocky Lombardi, who passed for three TDs and 320 yards on 26 attempts. Lombardi’s 75-yard touchdown toss to Rudolph in the third quarter made for one of the most memorable moments of the day.

The Golden Flashes are the favorite in this one, with an expected 3.5-point margin of victory. Those who got lucky with them against the spread two weeks ago might want to hold off on placing bets this time since the squad has yet to string together back-to-back wins against the spread.

The wins brought Kent State up to 4-4 and the Huskies to 6-2. Two defensive stats to keep in the back of your head while watching: Kent State is stumbling into the matchup with the 240th most rushing touchdowns allowed in the nation, having given up 18 on the season. NIU is completely their equal: they are 240th worst in the nation in rushing touchdowns allowed, with 18 on the season. It’s possible one of these Achilles’ heels will wind up tripping the losing team up.

The Golden Flashes are a 3.5-point favorite against the Huskies, according to the latest college football odds.

The oddsmakers had a good feel for the line for this one, as the game opened with the Golden Flashes as a 4.5-point favorite.

Northern Illinois have won both of the games they’ve played against Kent State in the last seven years.