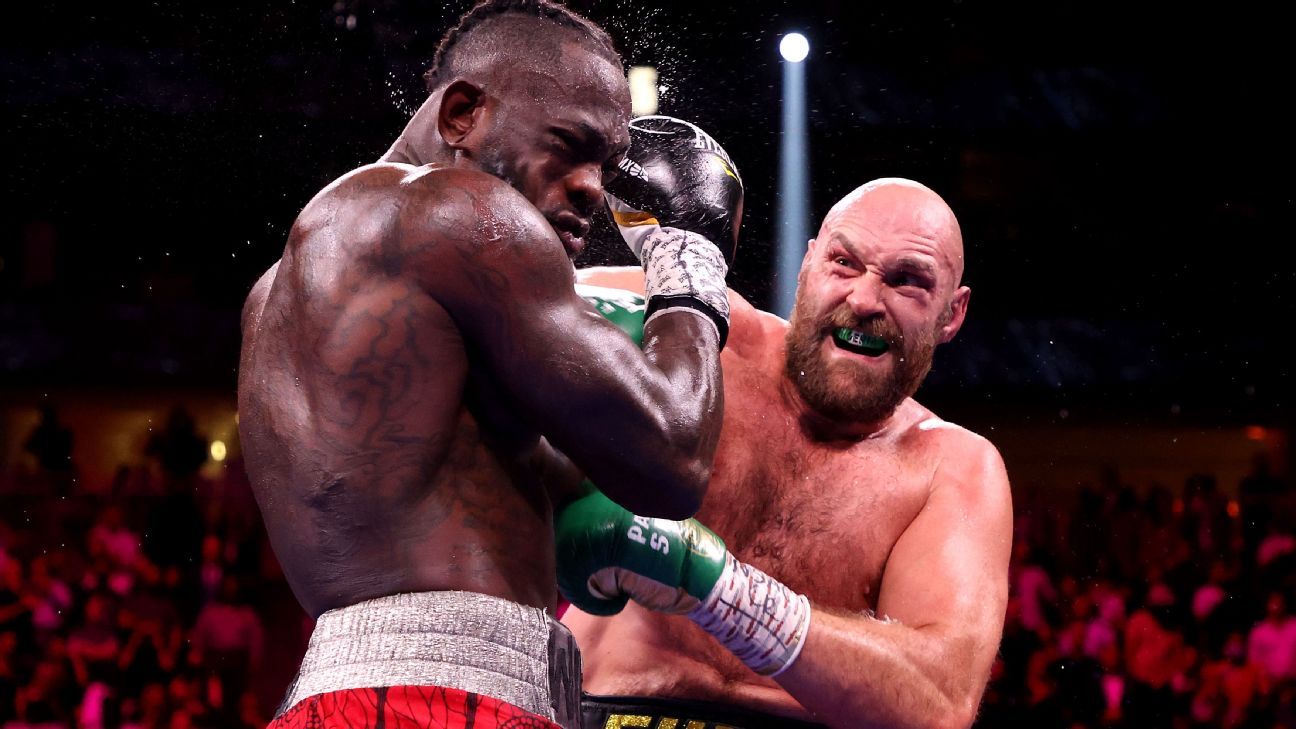 Tyson Fury was “badly injured” before his action-packed victory over Deontay Wilder last month and has since had a six-hour surgery to correct the problem, his father, John, has said.

The bout, which saw Wilder go down three times and Fury down twice, ended the trilogy between the fighters, resulting in two knockout victories for Fury, as well as a draw.

Speaking to BT Sport, John Fury said his son had injections in both elbows before last month’s victory, adding that he has since had surgery to relieve the issue.

“He was handicapped from the beginning. It wasn’t a boxing match, was it?”

Fury was ahead on all three scorecards when the fight was stopped with just over one round to go.

“My son’s No. 1, a legend and will be spoken about for hundreds of years,” John Fury said. “He’s that damn good and got that burning desire to never get beaten.

“He had to have [cortisone] injections into both elbows. He’s since had an operation, six hours, all day in hospital having them sorted out. He had some bone spurs he had to get removed.

“He said to me afterwards, ‘I couldn’t box, I couldn’t work the jab. If I’d missed the jab, it would’ve put me in limp mode and I wouldn’t have been able to fight.

“‘The pain when throwing the jab was unbearable, so I was fighting two people — the pain in my own body and him. All we could do was make it a war, and I wanted to win more than he did.'”