Top seed Stefanos Tsitsipas will square off against third seed Felix Auger-Aliassime in the final of the Rotterdam Open on Sunday.

Following a lukewarm ATP Cup, the World No. 4 competed at the Australian Open and started with a win over Sweden’s Mikael Ymer. He followed that up with four-set victories over Sebastian Baez and Benoit Paire before surviving a scare from Taylor Fritz in the fourth round.

Tsitsipas beat Jannik Sinner in the quarterfinals to reach his third Australian Open semifinal only to be beaten by Daniil Medvedev in four sets.

The Greek entered the Rotterdam Open as the top seed and began the tournament by winning a nervy encounter against Alejandro Davidovich Fokina. He then beat Ilya Ivashka and Alex de Minaur in straight sets to reach the last four. Jiri Lehecka took the first set in the semifinals but Tsitsipas fought his way back to win 4-6, 6-4, 6-2 and qualify for the final.

Tsitsipas will go for the trophy!

Although troubled by tournament sensation Jiri Lehecka, the No.1 seed eventually hacks the code against the 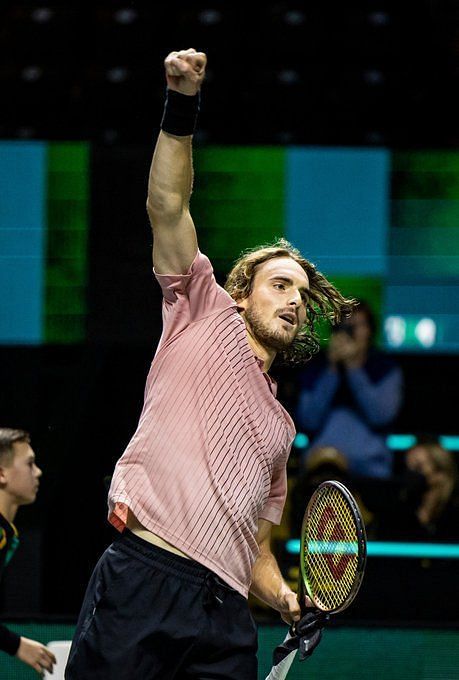 Felix Auger-Aliassime started the year strongly by helping Canada win the ATP Cup. This saw him attain a career-high ranking of No. 9.

The Canadian had a tough start to the Australian Open, surviving scares from Emil Ruusuvuori and Davidovich Fokina in the early rounds. He then beat Dan Evans and Marin Cilic to enter the last eight of the Melbourne Major.

Auger-Aliassime took the first two sets against Daniil Medvedev in the quarterfinals. However, the Russian bounced back to beat him after saving a match point.

The Canadian entered the Rotterdam Open as the third seed and beat Egor Gerasimov in three sets in the first round. This was followed by straight-sets wins over Andy Murray and Cameron Norrie to seal a place in the semifinals.

Auger-Aliassime took on reigning champion Andrey Rublev in the last four. The Russian took the opening set 7-6(5) but the 22-year-old bounced back to take the next two sets 6-4, 6-2 and reach his ninth career final.

It’s an A+ for Auger-Aliassime!

@felixtennis will aim for his 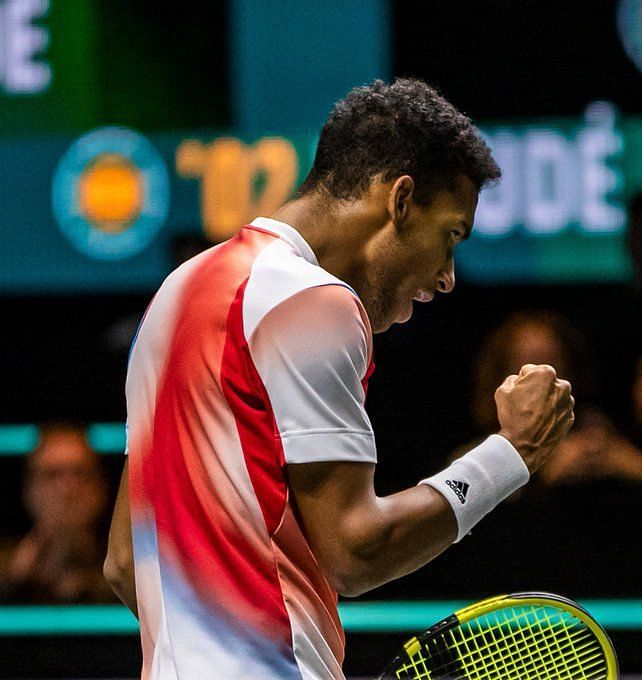 Sunday’s final will be the eighth meeting between the pair, with Tsitsipas leading the head-to-head 5-2. Auger-Aliassime won their first two matches at the Indian Wells Masters and the Queen’s Club Championships.

But Tsitsipas won the next five, including three last year in Barcelona, Acapulco and Cincinnati.

Sunday’s match promises to be an exciting contest and there is every chance the match could go to three sets.

Auger-Aliassime is among the finest young talents in the game and has produced some excellent performances this year. The Canadian, however, has lost all eight of his finals on the ATP tour.

Auger-Aliassime has a good record on hardcourts this year, winning 11 of 14 matches on the surface. He will rely heavily on his serve and forehand to trouble Tsitsipas. The Canadian has served a number of double faults in Rotterdam and will need to get in as many first serves as possible to trouble the Greek.

Tsitsipas has performed very well following the ATP Cup. The World No. 4 has won 10 out of 12 matches this year, all on hardcourts. His serve and strong groundstrokes, particularly his one-handed backhand, will make life difficult for the Canadian.

The match will be tightly contested but Auger-Aliassime might just manage to break his disappointing run in finals and win his first career title.

The final of the Argentina Open Diego Schwartzman vs. Casper Ruud schedule and where to watch live

You may have missed

The final of the Argentina Open Diego Schwartzman vs. Casper Ruud schedule and where to watch live